Bursting into life in the heart of Exmoor, the River Exe carves its way through the Somerset and Devonshire landscape.

The headwaters of the Exe lie in the Exmoor National Park. From its source at Exehead, the river flows across the moorland and passes across the rural Exe valley landscape, through the heart of Exeter and finally reaches the sea at Exmouth.

Throughout its journey from source to sea, the River Exe forms an central part of the lives and identities of those who live along its banks. Every stretch of this iconic river offers beautiful scenery, rich wildlife and a space to be explored and admired by all those who make their way to this stunning corner of the world.

The name “Exe” is thought to stem from the Latin take on the Brittonic word ‘isca.’ This translates either as ‘water’ or ‘abounding in fish’.

The Exe is known for its salmon population. Back in 1924, a staggering 61 1/4 pound salmon was caught in the river. 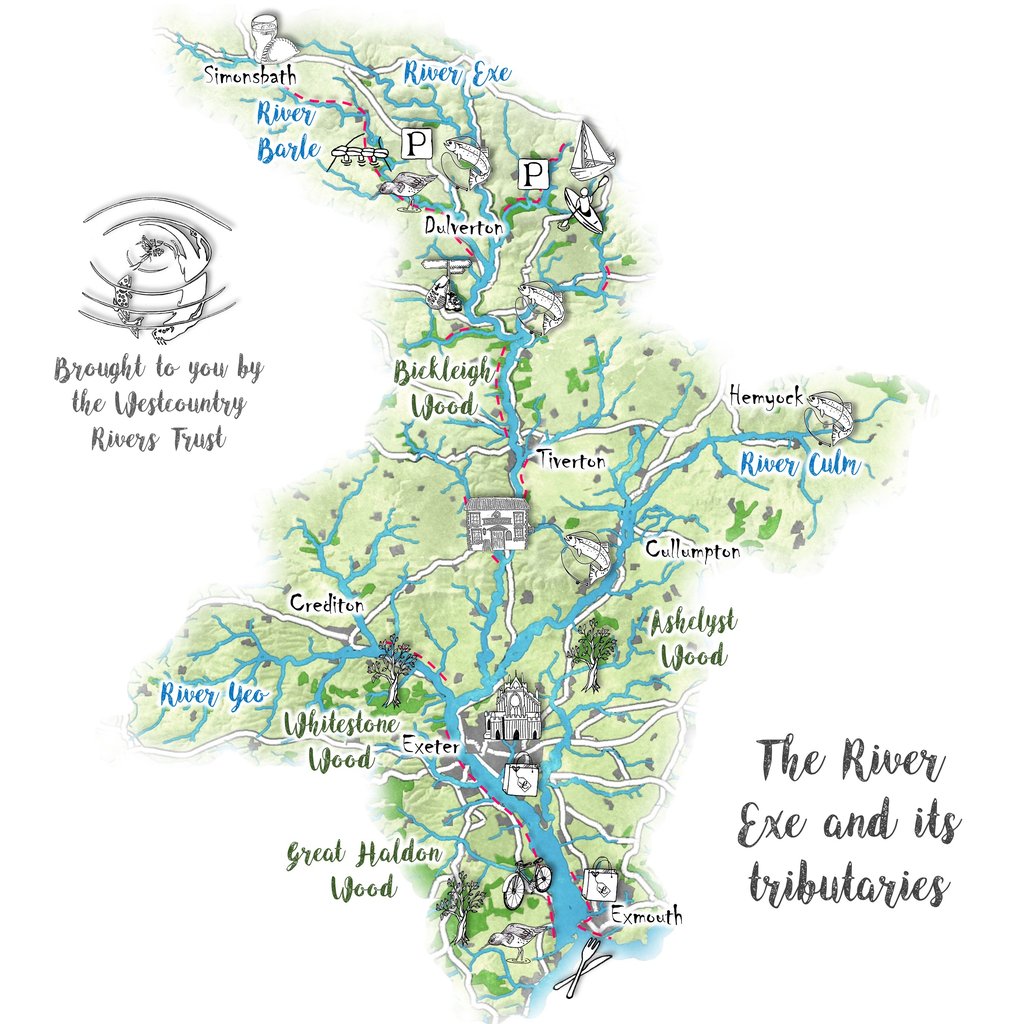 Get involved on the River Exe

Salmon in the classroom…

Pupils in the Exe catchment have been welcoming some unusually fishy companions to their classroom, doing their bit to help conserve one of the South West’s most iconic species of fish, the Atlantic salmon.

The fry had been reared in a local hatchery, where fertilised eggs are hatched into alevins. These alevins were then cared for by local children as they develop into fry, before being released back into the local river.

In 2016 we were delighted to be asked to Join Jo Loosmore and BBC Radio Devon for a mini-series looking at the work we do here at Westcountry Rivers Trust. Below are some snippets from the series about the River Exe

Explore other rivers of the Westcountry...