Originating on Dartmoor and entering the sea at Teignmouth, the River Teign boasts hugely diverse habitats that attract a large variety of birds and wildlife.

The Teign actually has two sources and these streams (the North and South Teign) descend the eastern slopes of the moor high above the village of Chagford.

From Chagford the River winds its way through the often wooded foothills of Dartmoor for nearly ten miles until below Dunsford it heads south, following the road to Chudleigh, Newton Abbot and ultimately into the estuary and the sea at Teignmouth.

Herons, kingfishers, dippers, grey wagtails, cormorants and goosanders can all be found along the Teign and otters are also making a comeback.

The Teign is noted for its salmon, brown trout and sea trout, with Drewe’s Weir being a good place to spot them leaping out of the water. 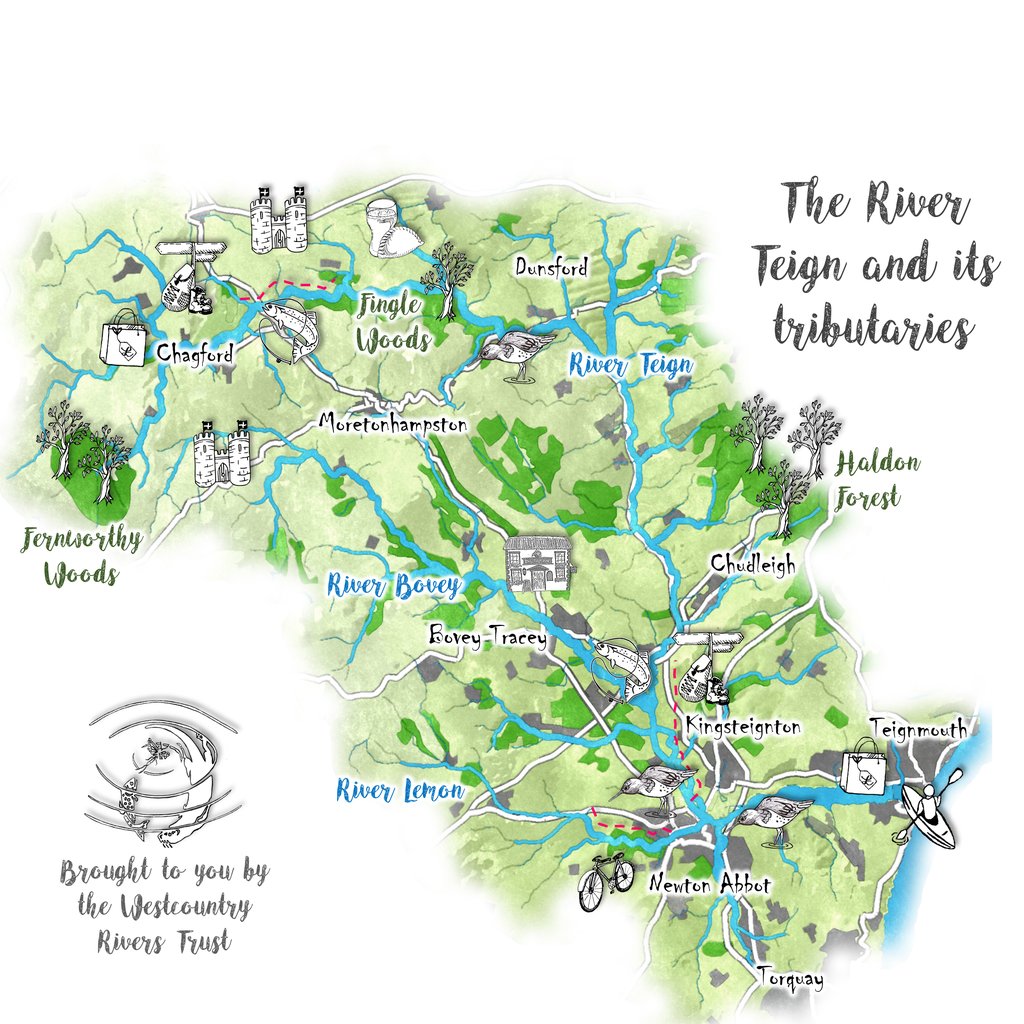 Get involved on the River Teign