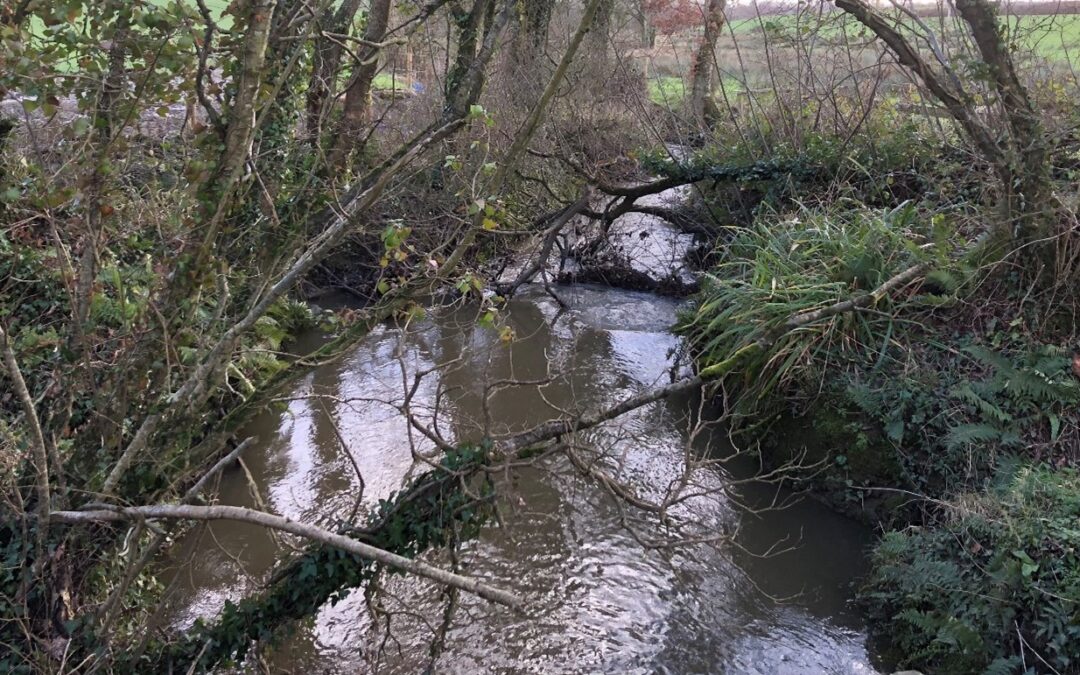 Rivers and streams play a vital role in our lives. They have shaped our lives and provide homes and thoroughfares for much of our remaining wildlife.

River catchments that function naturally are less prone to flooding and more resilient to drought.

But we need to show all our rivers some love, and the Derril Water, rising to the north of Pyworthy village and then flowing south to join the River Tamar just upstream of North Tamerton, is no exception.

The Derril Water catchment covers an area of around 1,300 hectares and contains around 12 km of streams. It is one of 56 water bodies that make up the Tamar catchment. 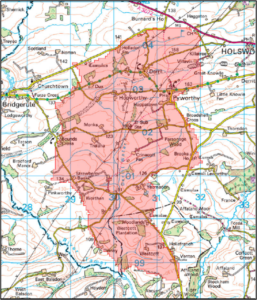 The Environment Agency monitors the health of our rivers, and they have been reporting on the Derril Water since 2009 under the European Union Water Framework Directive (WFD).

Each year, along with other rivers, it is classified according to a combination of elements including fish, aquatic invertebrates, water quality (phosphate, dissolved oxygen, ammonia) and river morphology (shape and structure of the river channel).

Rivers can be classified as High, Good, Moderate, Poor or Bad – the original aim of the WFD was that all rivers would reach ‘Good’ status by 2015, that’s since been put back to 2027.

What’s up with the Derril Water…?

Sadly, the Derril Water has never reached ‘Good’ status and following the most recent 2019 assessments, released earlier this year, it has been downgraded from ‘Poor’ to ‘Bad’.

The Derril Water is the only water body in the whole Tamar catchment to have been awarded the bottom ‘Bad’ grade (7 are rated ‘Poor’, 35 as ‘Moderate, 13 as ‘Good’ and none are ‘High’).

The Environment Agency keep a list of ‘Reasons for Not Achieving Good Status’ known as RNAGS, and although these haven’t been updated with the 2019 data yet and still refer to the 2016 assessment – the list for the Derril Water is a long one.

It includes: sewage discharges, land drainage, poor soil management and poor livestock management – all impacting on fish and phosphate levels. Sediment from diffuse sources is also a major issue. Mud from fields and roads gets washed into the river and settles on the bed smothering gravels which are vital habitats for invertebrates and for spawning fish.

The Derril Water needs your help.

We hope that being awarded this dubious accolade draws attention to the plight of the river locally, so that we can start to turn things around – but to do that we need your help.

We have more than 400 people signed up across the Westcountry – from West Cornwall to Somerset, and between them they have logged almost 1,000 surveys this year alone.

But the Derril Water (and North Devon in general) is a bit of a blind spot.

We will suggest survey locations and provide water quality test kits for dissolved solids, suspended sediment and phosphate – some of the key indicators which are scoring so badly in the Derril Water.

That information is uploaded to an interactive map where it can be viewed online. Ideally people will sign up to survey one or more locations at least once a month, each survey should only take around 10 to 15 minutes.

This information will help us to highlight the good things about the Derril Water and find out more about those issues that are causing it to fail so badly.

The Westcountry Rivers Trust will then be able to work with local residents and government bodies to come up with a plan to reverse the fortunes of the Derril Water.

If you’re interested in volunteering to help show the Derril Water some love, or if you’d like to find out more – get in touch with us by email: [email protected]