Spurred by a shared love of rivers, the Westcountry Rivers Trust (WRT) is very much a grassroots organisation, brought into existence from the bottom up. In the early 90s, a group of individuals, passionate – but concerned – about the waterways around them, began to stitch together their ambitions for restoring Westcountry rivers, laying the foundations for the Trust we know today.

To the cause, a number of inspiring, innovative and forward-thinking founders were drawn. Among them, Stuart Gardiner and Poet Laureate Ted Hughes were instrumental to WRT’s creation, both alarmed by the decline of fish in their local rivers and inspired by examples of communities brought together to make a difference to the environment. With continued support from Stuart Gardiner, Ted Hughes became one of the Trust’s first trustees, with Lord Clinton, Teddy Goldsmith, Nick Grant, Alan Hawken, Michael Heathcoat-Amory, Michael Martin, Bill Tucker and Anne Voss-Bark at his side. 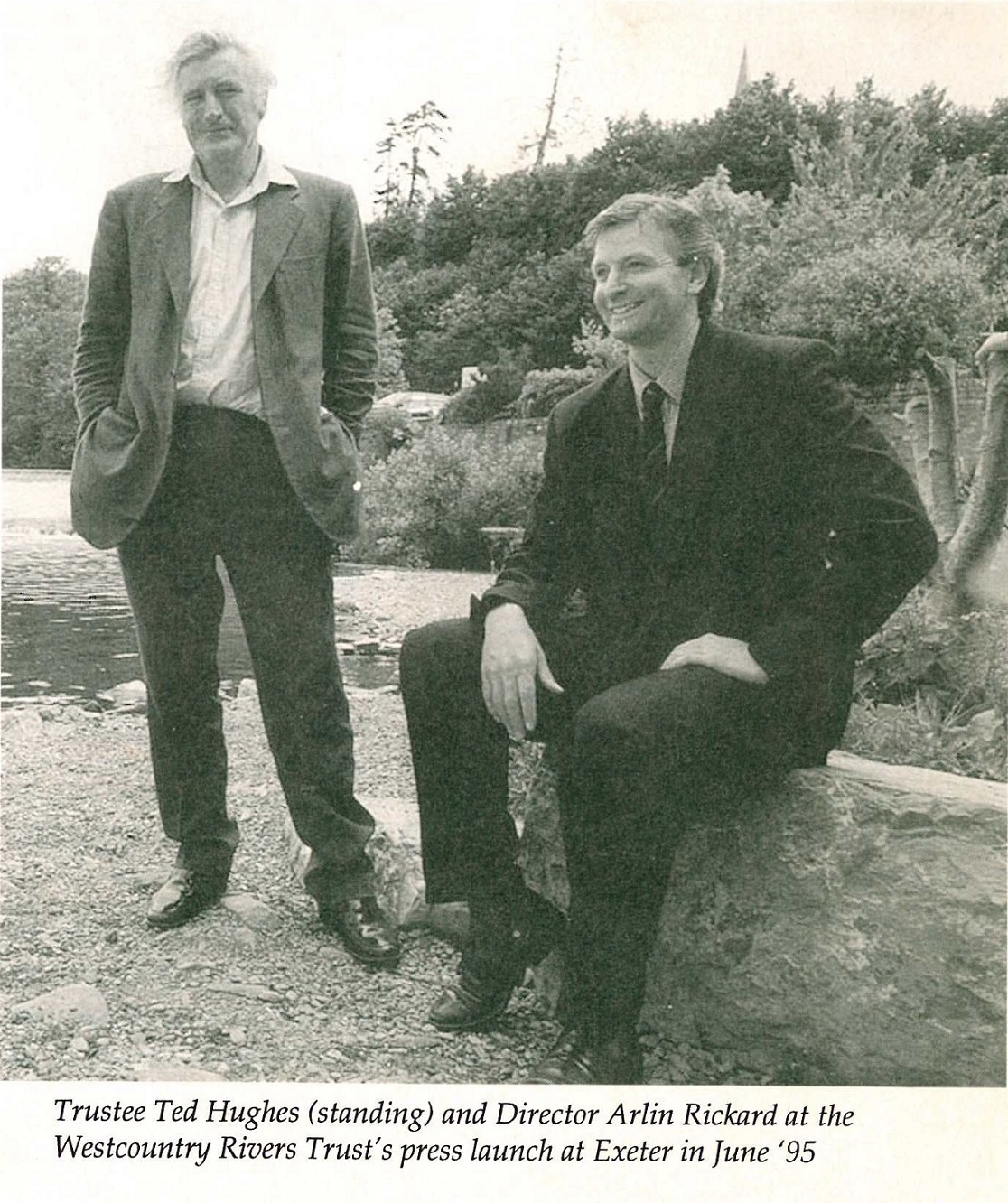 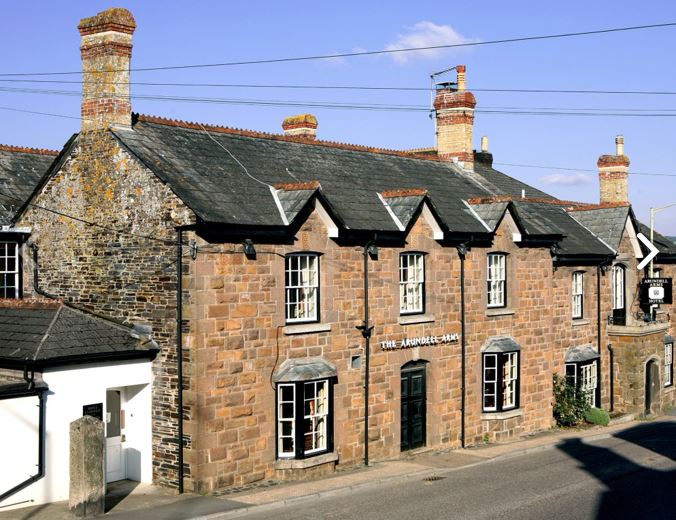 A trip to the pub

Like so many brilliant ideas, it was a trip to the pub that cemented the formation of WRT. It was gathered in the Arundell Arms, overlooking the River Lyd, that the original trustees tied up their plans for creating the Trust. Here, on that day back in 1994, the name was drawn up, the business plan developed and the iconic Otter, Salmonid and Stonefly were worked into our original logo, and inspired our rebrand to celebrate our 25th anniversary in 2019.

The Westcountry Rivers Trust was born

After our launch in 1994, we went on to gain charitable status in 1995. Arlin Rickard (former CEO of the Rivers Trust) became the first employee, after months of working as a dedicated volunteer and setting up WRT headquarters in his home. Although small in numbers, the Trust has always been huge in ambition. After winning the £1.6 million Tamar 2000 project in 1996, it was clear we meant business. 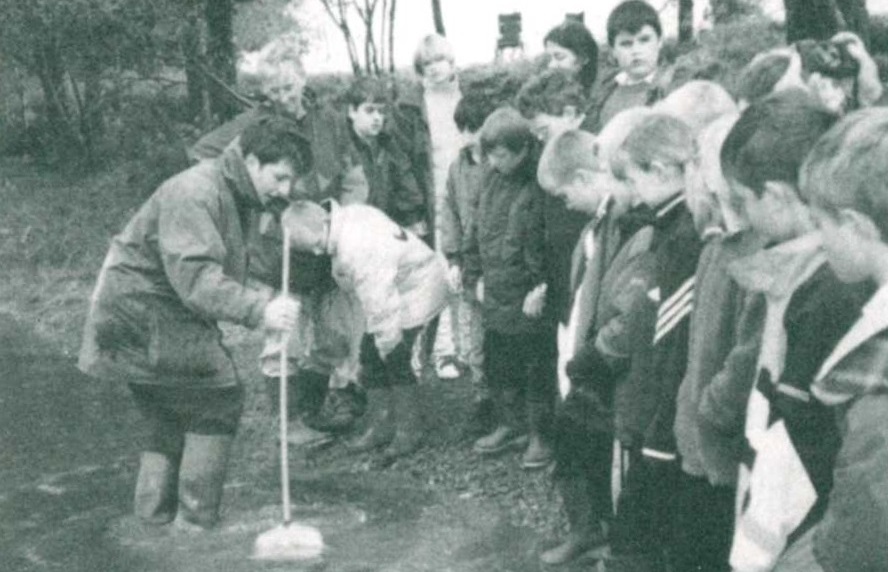 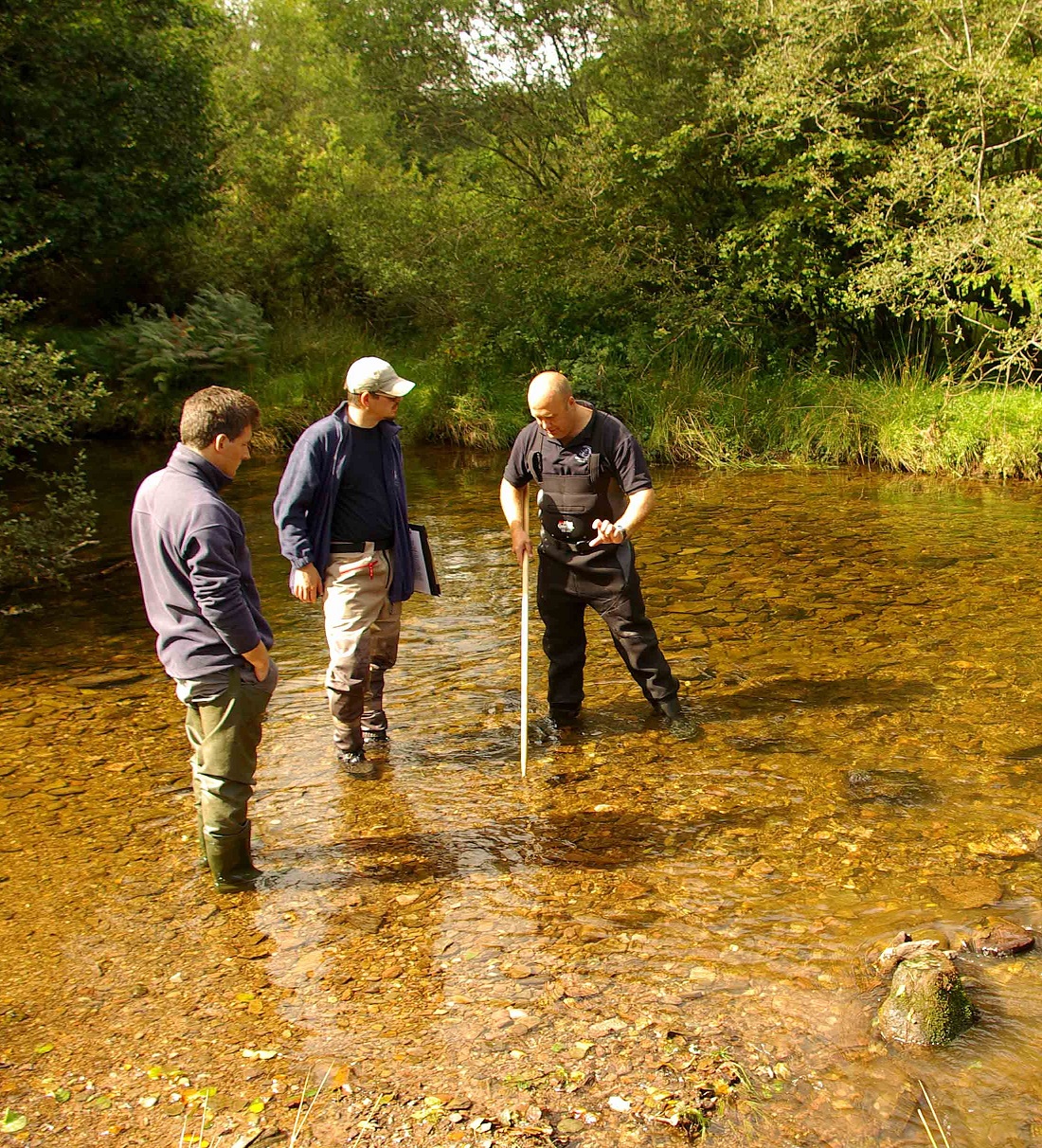 The problems facing Westcountry rivers were picking up media attention as the Trust came into being. The decline of the Taw and Torridge gained coverage from national newspapers, the droughts of 1976 and 1995 had triggered severe eutrophication, changes in farming practices were impacting the rivers and the salmon was on the decline.

But WRT offered a refreshing stance to the restoration of our rivers. While so many efforts to conserve the environment are limited to the length of the project, we realised that we could open people’s eyes to the wider benefits of our work. Measures to protect rivers could also help to save money for farmers, lower costs for water companies, boost tourism, reduce the need to dredge our estuaries and even benefit human health.

We also made sure everything we do is informed by the best available science. Our work is driven by an ‘ecosystems approach,’ considering the function of the entire catchment, not just the rivers that flow within them

It was this new perspective – not to mention our hands-on and tireless approach to river restoration – that grabbed the attention of so many of our supporters and funders and which lies behind the flourishing rivers trust movement.

Since it burst into life all those years ago, WRT has been on the up. From our initial staff of one, our team has grown to a staggering force of more than 60. Fisheries scientists, farm advisors, river scientists, monitoring experts, GIS operators, ecologists, data analysts, communication and marketing specialists, finance officers, administrators… all driven by a passion for rivers and the life they give.

We’ve seen our vision for rivers roll out across the country with the creation of The Rivers Trust in 2001; now with over 60+ member trusts in the UK (and others forming in our image across the globe), it’s one of the fastest growing environmental movements. In 2019, we had more than 120 projects on the go, all contributing to the restoration of our rivers. And our voice is being heard and shared by politicians, royalty and celebrities alike, as well as by the people of the Westcountry themselves. 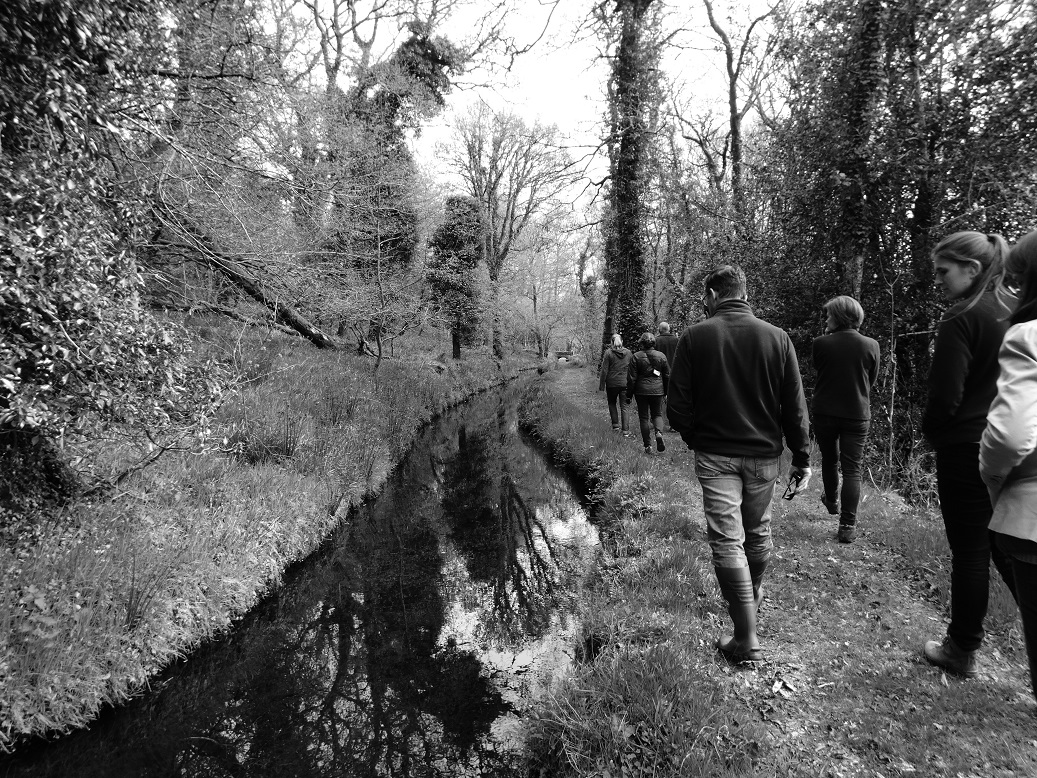 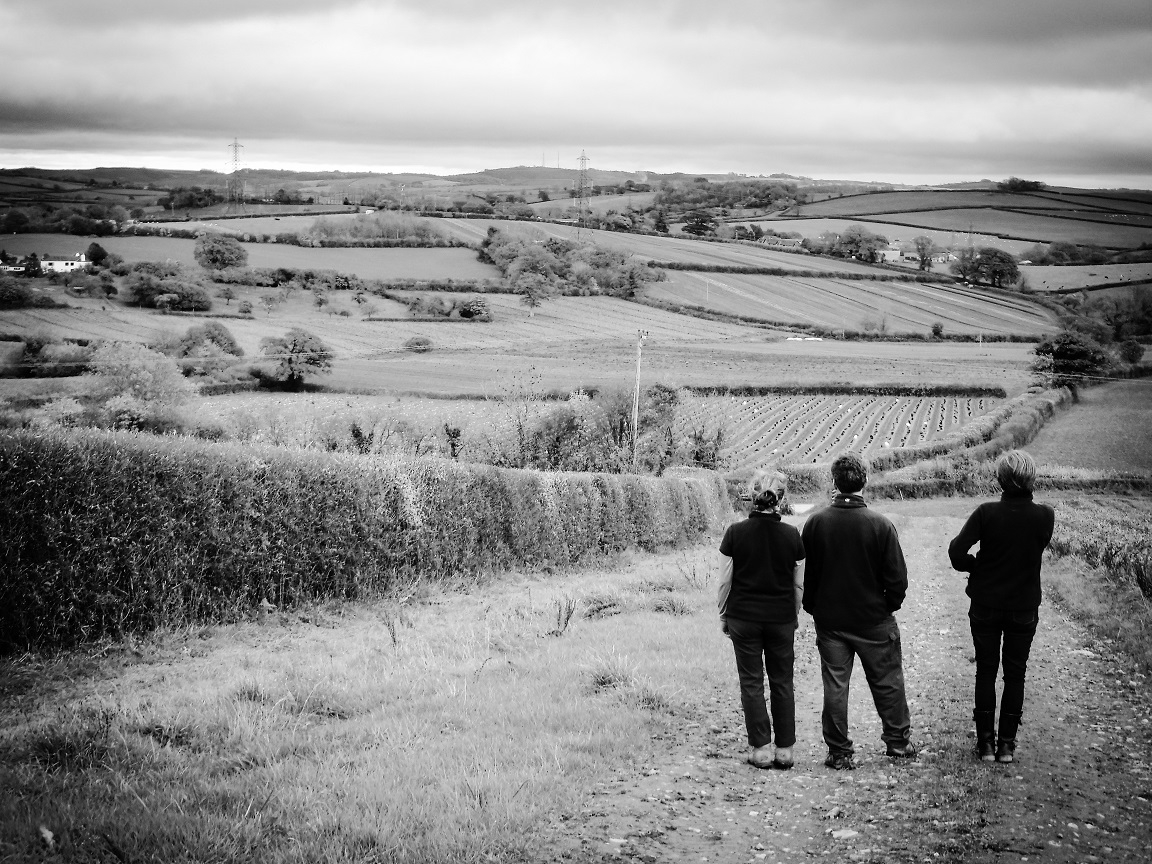 True to Our Roots

Yes, we’re a little bigger than we were at our humble beginnings. But we haven’t lost sight of where it all started. Our vision for the future of our rivers remains the same and nothing can quash the enthusiasm and passion we each hold for rivers.

Today – just like in 1994 – we know that it’s our holistic look at our river catchments, the relationships we have built with farmers and riparian owners, our backbone of good ol’ science and our great expectations that will allow us to reach our vision for rivers.

In 2021, the year in which Arlin has been awarded an OBE for his services to our rivers and their habitats, he shares a fascinating look back at the story of the rivers movement. In an article for the Salmon & Trout Conservation’s Wild Fish publication, Arlin weaves a tale of Ted Hughes, the Rivers Trust and Salar the Salmon to illustrate how our charity and the wider rivers trust  movement came to be. 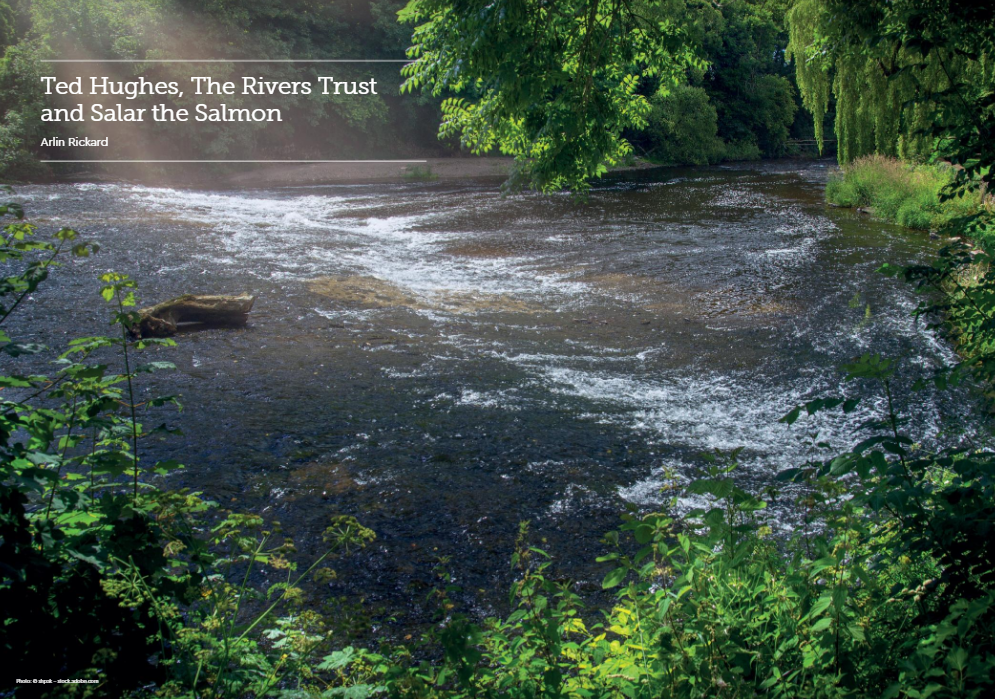 At the Trust’s Catchment Management Conference and 20th Anniversary Celebration, Arlin Rickard our first Director and subsequent founder of The Rivers Trust gave a hugely entertaining presentation on the Trust’s history and all of the astonishing things that have been achieved since we formed in 1994.