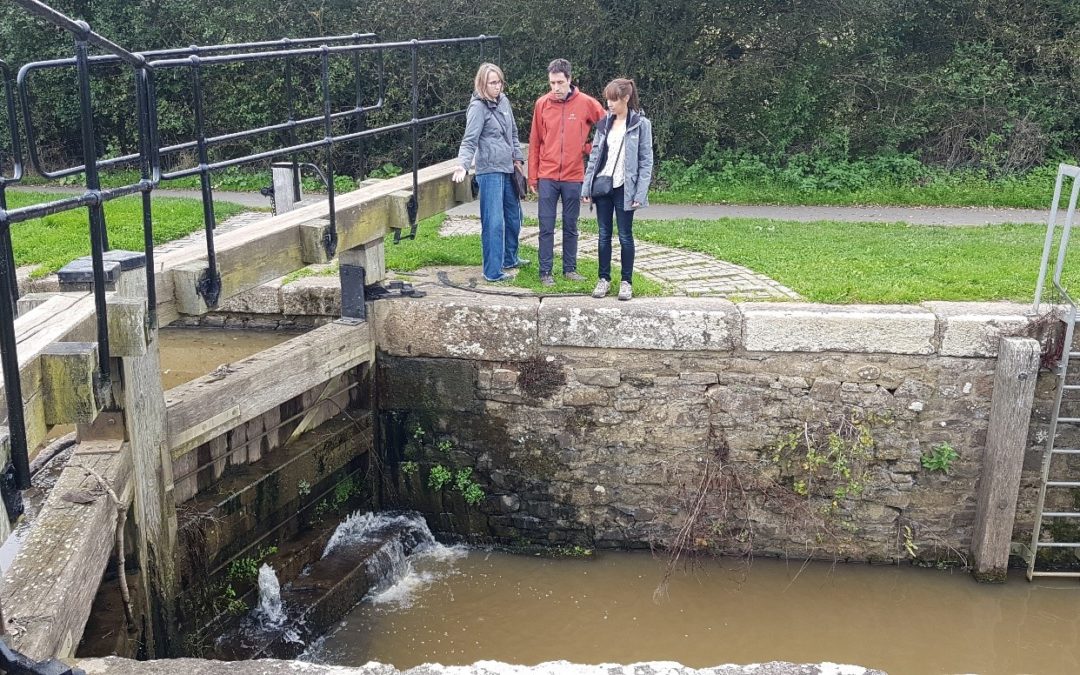 Back in October 2019, delegates from England, the Netherlands, Belgium and France came to Bude to take part in a meeting of our Using Sediment As a Resource (USAR) project.

We are one of the partners in the project, which is funded by the EU Interreg 2Seas programme and aims to demonstrate novel ways of reusing dredged sediment rather than disposing of it at sea or dumping it in landfill sites.

Once sediment is removed from a waterway it is classed as waste and must be tested for pollution before it can be disposed of.

Our role is to help landowners reduce the amount of sediment getting into rivers in the first place and remain on farmland as useful soil instead. When soil washes into rivers – often via roads – it takes nutrients and pollution with it. Fine sediment also clogs riverbed gravels reducing the oxygen levels which has a negative impact on salmonid spawning rates.

The project partners meet every six  months and this time Bude was chosen as the destination as the Bude Canal and Strat-Neet catchment make a very interesting case study. Sediment and soil eroding from farmland in the catchment runs straight into the canal where the two rivers meet at Helebridge.

The layout of the intersection – with the river running straight into the canal, then continuing via an overflow weir – means that the section of canal inland of Whalesborough Lock works as a very effective sediment trap. In this section a range of particle sizes will be retained – from coarse gravels that would provide good spawning habitat in the river to finer silt particles that can stay in suspension much longer and end up settling in the lower sections of the canal. Silt accumulation in the upper basin has now reduced the depth in places to less than 3 feet.

As Cornwall Council make plans to carry out dredging operations along the entire canal length, it was an opportune time to hold the meeting. By basing it at The Castle, along with project business, partners were able to visit the Heritage Centre and find out all about the history of the Bude Canal and the ingenuity of the engineering required to the surmount the challenges presented by the hilly terrain. 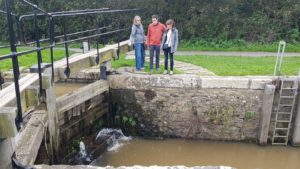 The partners from Belgium and the Netherlands, both regional waterway authorities, and no strangers to canals themselves, were particularly impressed by the concept of the inclined plane which is so engagingly brought to life by the working model. Raising tub boats hundreds of feet is not a challenge they face very often.

The visiting delegates were also taken to the Helebridge section to see the confluence of the rivers Strat and Neet, the overflow weir and fish pass, and the two inland locks. 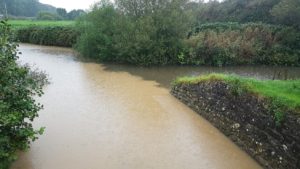 Those that could stay for the Wednesday afternoon were also taken on a tour of the Neet catchment to see some of the sources of sediment that eventually arrives in the canal.

As the USAR project draws to a close, we are hoping to secure additional funding to work with landowners in the Neet catchment to help restore soil health and reduce sediment levels in the river – which in turn will mean less frequent dredging is needed in the canal.