The canary in the cage is an eel 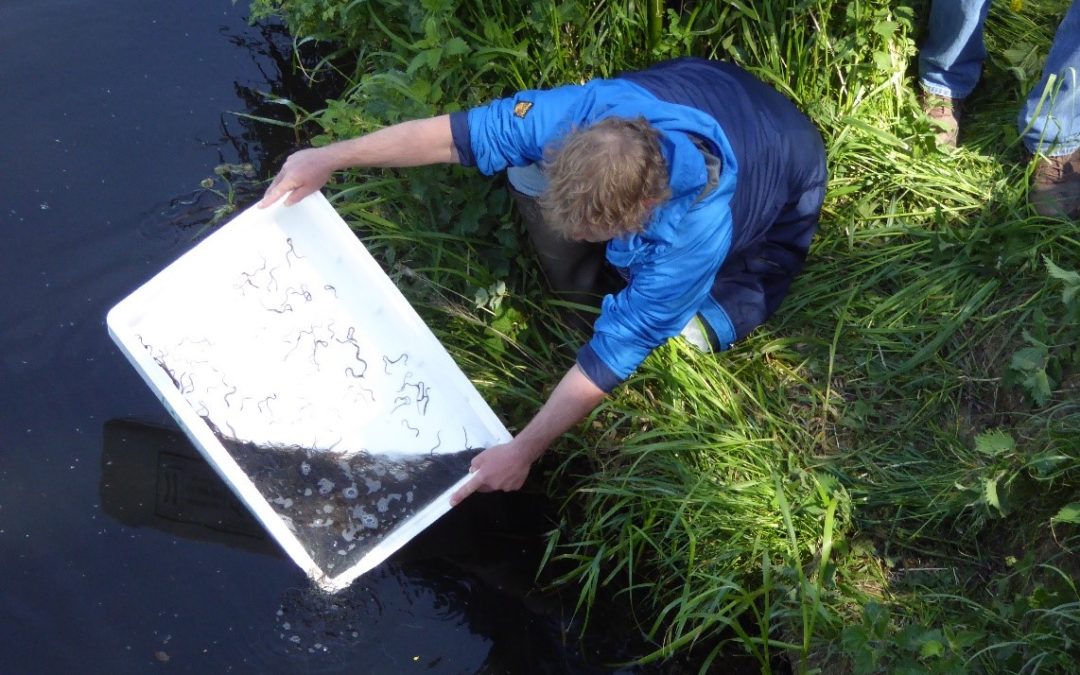 EELS may not be the first species most people think of as an indicator of environmental danger, but they are and we need to heed them.

A hundred years ago the idea of using a canary in a cage to indicate the presence of carbon monoxide in coal mines as an early warning signal for humans was proposed by John Scott Haldane.

This was used well into the 20th century to help manage the risks associated with mining before being replaced with modern carbon monoxide test kits, but biological indicators are still valuable alerting us to the environmental risks we face.

Our CEO Dr Laurence Couldrick explains: “The eel is one such indicator but it is being impacted by changes in climate, changes in environment and changes in politics and we should all be alert to what this amazing, but at-risk species, is telling us.”

Eels have an incredible life cycle where the adults travel from across the Atlantic to the Sargasso sea to spawn. The larval stages cannot actively swim but drift back on the ocean currents to the west coast of Europe but climate change is altering the power and position of the Gulf Stream and changing how many eels make the journey.

Once they do reach UK shores, they have grown into Glass eels that actively swim into estuaries and rivers in their millions.

“Here they face not only habitat squeeze due to rising sea levels but also barriers to migration as we have dammed many of our rivers, while un-screened water intakes can kill significant numbers,” added Laurence. “Additionally, at this stage they face Glass eel fishermen who used to net eels and trade them with Europe but changes due to Brexit mean that trade is currently not possible so the potential for illegal trade is heightened.”

For those that make it further upstream, they become Elvers living in our rivers, lakes and ponds. Environmental habitat degradation means many of these areas have been destroyed or polluted and, additionally, climate change means that the flows within these areas have also changed meaning habitats have dried up and therefore, the total area is reduced.

When the eels reach around 25cm their sex, which until up to this point isn’t assigned, is determined by the environment. Corralling these Yellow eels in high densities in small areas due to barriers and habitat squeeze and degradation means that when they reach this stage, they are more likely to become male which can distort the male to female ratios returning to spawn.

Finally, after many years they return to the Sargasso as Silver eels actively swimming thousands of miles, but this journey is again hindered by the barriers in rivers and obstacles such as Hydro power stations.

Laurence concluded: “This amazing journey is impacted at every stage so perhaps unsurprisingly their numbers over the past 30 years have plummeted by 95%.

“Research and European cooperation is also in jeopardy as Brexit has caused uncertainty over how cross-border action is funded.

“This should be a wake-up call and as canaries in cages go, we need to see eels as a key indicator, highlighting how a changing climate, environment and political landscape is causing a whole raft of problems that we can no longer ignore.”

This article was first shared by Laurence in his key note speech at The Rivers Trust’s 2021 annual conference Water at the Heart of Climate Resilience, which Westcountry Rivers Trust co-hosted through its EU Interreg Atlantic Area funded Triple C project.

More on the illegal eel trade at: https://www.bbc.co.uk/news/science-environment-51726617