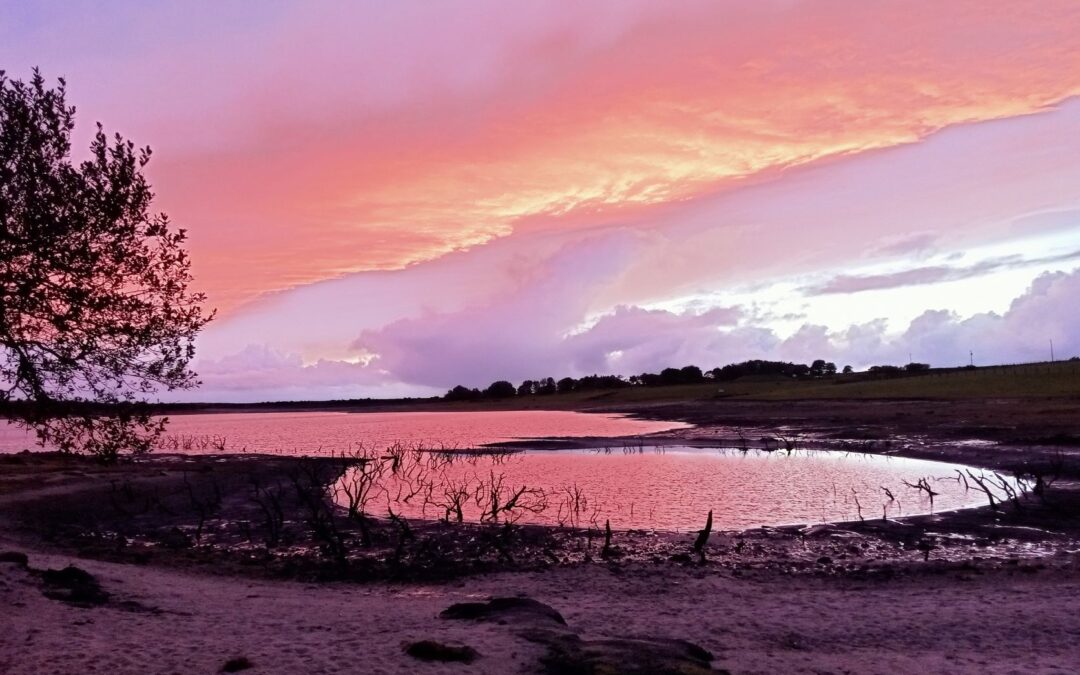 All of the South West Lakes Trust trout fisheries continue to be operated under strict Covid 19 restrictions, in line with the current Angling Trust and Government guidelines. At the time of writing the on-site permit huts are not open, so day tickets, season tickets, and boats should be pre-booked online (www.swlakestrust.org.uk/trout-fishing) or via the telephone. Water levels are currently between 60% and 65% full, and water temperatures have now started to drop.

Kennick – The weather conditions have generally been settled (apart from one short spell of very heavy rain) with a couple of mild sunny weeks toward the end of October, when there have been buzzer hatches and a number of fish showing on the surface. Generally intermediate or sinking lines have accounted for many of the fish caught, either on nymphs (Damsels, Montanas, Diawl Bachs and Buzzers) or lures (Cats Whiskers, Boobies and Baby Dolls), with only the occasional fish rising to a dry Daddy or Orange Hopper. The fish have been well distributed around the lake, although The Narrows and Clampitts Bay proved popular locations for both boat and bank anglers.

Matthew Simpson (from Exeter) caught the best fish of the month – a 4lb 5oz rainbow, using a yellow and white Booby fished on a fast sink line. Graham Roberts (from Torquay) caught a 4lb rainbow from a boat deep down in the middle drifts, while Alan Behan (from Plymouth) caught a bag of five rainbows to 3lb 2oz using various patterns on an intermediate line.

Siblyback – Another challenging month’s fishing at Siblyback, with not much insect life in evidence, and few fish showing, although the occasional fish could be tempted by dry patterns when the wind was low. Buzzers, Pheasant Tail and Montana nymphs fished on intermediate lines produced the best results, with some deeper lying fish taking Baby Dolls and Black and White Fritz patterns. Crylla Bay, Stocky Bay and the West Bank were the most productive locations. The best fish caught varied between 2lbs and 3lbs – Phil Messenger-Roberts (from St Austell) caught a 2lb 9oz rainbow, while William Brown caught two rainbows of 2lb 8oz.

Burrator – Although there has been little insect activity and few fish showing on the surface, apart from the occasional evening rise to midge hatches, anglers have still favoured floating lines fished in conjunction with a wide variety of nymph patterns (Damsels, Montanas, Buzzers, Diawl Bachs and Bloodworms being the most popular). Longstone, Sheepstor, Discovery Bay and Pig Trough Bay were the most productive locations, with most fish being caught by bank anglers. Robert Prout (from Plymouth) caught the best fish of the month – a 3lb 2oz rainbow caught using a floating line and 18’ leader. Sam Brown (from Plymouth) caught two rainbows of 2lb and 3lb.

Stithians – The fish have been well spread out around the lake, with anglers catching fish in most locations (Yellowort and Mossopps in particular). Floating and intermediate lines have been the most successful, with the fish still feeding near the surface – toward the end of the month in particular, there was plenty of insect activity and fish feeding from the surface, when dry sedges, daddies, emergers, beetles and hoppers all produced good catches; otherwise, slow-fished nymphs (Damsels, Diawl Bachs and Buzzers) proved to be successful. Phil Messenger-Rogers (from St Austell) caught rainbows to 2lb 4oz, while Simon Peters (from Cusgarne) caught ten rainbows to 2lb in two visits, and John Hedges (from Falmouth) caught three rainbows to 2lb.

Colliford – The fish are still near the surface and looking up to feed, although sometimes the rises have been sporadic, with short bursts of activity. As usual at Colliford, the fish are well spread out, and the successful angler keeps on the move to cover as much bank as possible. Hoppers, Beetles, Daddies, Black Gnats and Sedges have been popular surface patterns, while sub-surface feeders have taken Hares Ears, Montanas, Soldier Palmers and Diawl Bachs. Dean Boucher (from Gunnislake) caught five browns to 2lb 8oz (best fish of the season at Colliford) using Foam Beetles and Red Hoppers, and another brown of 2lb 4oz on a separate visit; Chris Tilyard (from Fraddon) caught three browns to 38cm.

Fernworthy – The fish have generally been near the surface, so floating lines with a long leader have been the order of the day with dry patterns working well (Black Gnats, Grey Wulffs, Klinkhammers and Hoppers in particular). Otherwise slow-fished sub-surface nymphs (Damsels, Diawl Bachs, Buzzers and Montanas) have proved successful, with fish well spread out around the lake. Clive Garland (from Tiverton) caught five browns to 36cm using a Balloon Caddis with a slow retrieve; Howard Thresher (from Crediton) caught six browns to 35cm using a floating line and static/slow retrieve.

Roadford – Daveys Bank, Wortha Bay and Grinnacombe have proved to be the most productive locations this month, with a floating line and a variety of retrieval methods producing the best results. Dries (Daddy Longlegs, Foam Beetles), Nymphs (Pheasant Tails, Buzzers, Damsels and Hares Ears), and Lures (Appetisers and Black Tadpoles) all caught fish. The best fish caught during the month was a cracking 3lb 8oz brown caught by Michael John Tregoning (from Wadebridge), while John Isaac (from Newquay) caught a bag of five browns to 3lb 4oz.