Messing about on the River 2016 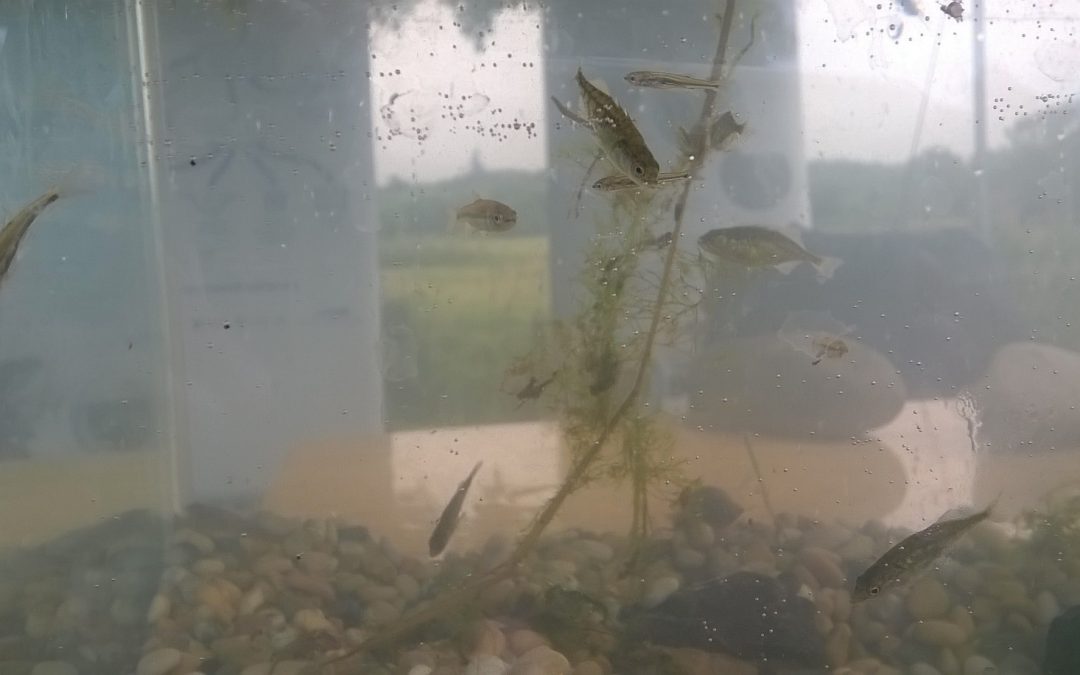 We set up the Westcountry Rivers Trust stand in the usual position on the banks of the River Tale for ‘Messing About on the River’ 2016. Over the course of the day, several families spent time in the river kick-sampling and discovering the breadth of the aquatic life, even in a relatively short stretch. After a few minutes of sampling and sweeping with the nets, the ‘haul’ was brought back to the trays so that we could all have a proper look. Fish species caught on the day included: bullhead, minnow, stickleback, stone loach, and a couple of eels. Lots of different invertebrates were caught: Mayfly nymphs, caddisfly and midge larva, a leech, snails, freshwater shrimp, and two rather large and menacing dragonfly larvae (probably Broad-bodied Chasers). 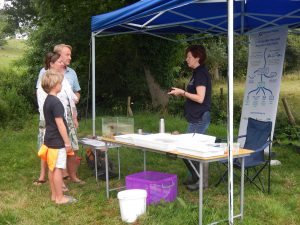 The enthusiasm and interest shown by the children was particularly rewarding. At Westcountry Rivers Trust we feel very strongly that encouraging young people to find out about their local river and its occupants will encourage a passion for protecting that river, even potentially sparking a life-long interest. The choices that we all make every day can have an effect on the health of local watercourses, so the more we understand those impacts, the better the chance that we will make sympathetic choices. Events such as Messing About on the River offer a lot of fun for local families, and the opportunity to better understand the weird and wonderful aquatic world. Catch you in 2017!

Messing About on the River is organised each year by the Tale Valley Trust, and is hosted by Escot Estate on the banks of the River Tale.