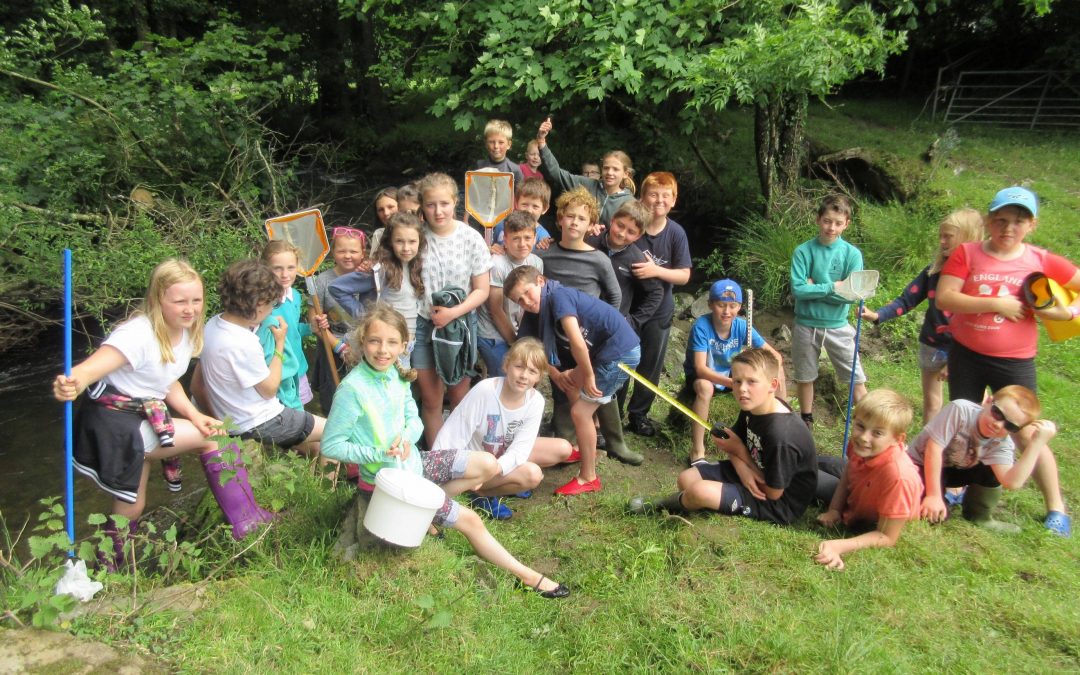 Earlier in the year Lewannick Primary School in conjunction with Westcountry Rivers Trust secured a Partnership Grant from The Royal Society. Partnership Grants fund up to £3000 for science, technology, engineering or mathematics projects supported by teachers and STEM professionals, in UK schools.

During the summer term the ‘Water Warriors’ project has allowed Lewannick pupils to undertake a host of exciting and interesting learning opportunities relating to water quality and habitat; from seeking out the source of the River inny on Davidstow and visiting Crowdy Reservoir, understanding how a local hydroelectric plant operates, site field surveys of the River Inny, River Lynher and Penpont Water and culminating in a canoe journey from Cotehele to Weir Quay to consider tidal impact on the River Tamar. The school has also been able to purchase equipment which has developed the scientific provision for all pupils throughout the school.

The initial idea to apply came from a parent of the school, and following consideration on how the pupils could benefit from practical application of the curriculum and support from Westcountry Rivers Trust, the project grew. Pupils were integral to the application process and assisted staff in putting together the successful bid.

STEM professionals from Westcountry Rivers Trust have assisted staff and pupils in implementing many of the practical elements, and an engineer from South West Water and ranger from South West Lakes Trust both led on-site learning sessions.

Members of the local community have also been exceptionally supportive in donating their time, expertise and allowing the pupils and staff to have learning opportunities on their land.

Ben Towe – Headteacher said, “The project would simply not have been possible without the generous support of all these organisations and individuals. Feedback from the pupils has been wonderful and we hope to have inspired scientists of the future. Lewannick Primary School seeks to provide our pupils with exciting learning opportunities and the Water Warriors project has certainly achieved this. The school now hopes to extend the project across other schools within The Duchy Academy Trust.”

Shona McCombie from WRT said, “The pupils of Lewannick School showed such passion for their natural environment and as a result developed an exciting project which allowed them to really explore their local rivers and the surrounding habitats. The surveys resulted in some very interesting findings and provoked great discussions whilst the pupils developed a deeper understanding of the water environment. It was a delight to work with the school on this project and WRT look forward to developing the project with partner schools in the future.”

Pupils from Lewannick Primary School have been invited to present their findings along with Westcountry Rivers Trust at The Countryman’s Fair in August.