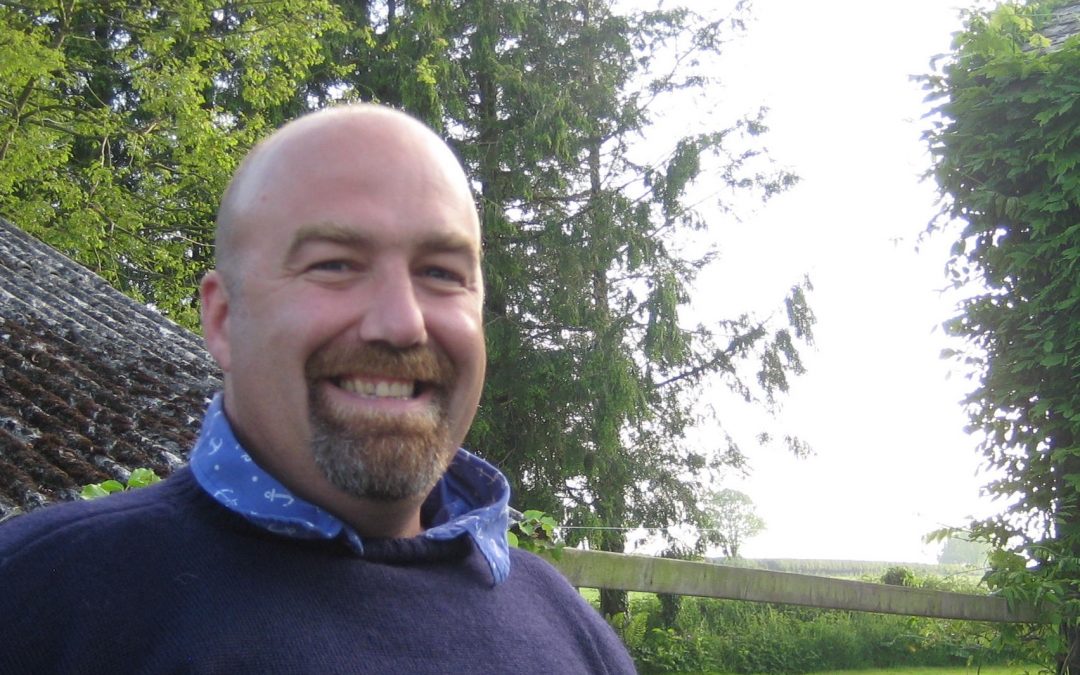 On the 24th August 2016 the world of river conservation and catchment management suffered a considerable loss. Dr Dylan Bright, who had been fighting cancer for the past two years, sadly passed away peacefully with his whole family round him, including his wife Janine and two children Oscar and Flo. Dylan was a mountain of a man who grabbed life by both hands and shook every last ounce out of it.

After spending his formative years at the University of London reading Marine & Freshwater Ecology, Dylan moved to Bristol to study for a PhD in freshwater ecology at the University of Bristol, before finally succumbing to the draw of his native Cornwall.  In 1999 Dylan joined the Westcountry Rivers Trust which was only a few years old with only a handful of employees, but Dylan instantly made a big impression. His encyclopedic knowledge about aquatic habitats, a pragmatic approach to conservation and habitat management, as well as his insatiable thirst for life meant he quickly became a key player in what was becoming not only a stronger Trust, but a stronger movement. At the time Dylan took over directorship of Westcountry Rivers Trust the wider Rivers Trust movement had grown from a handful of Trusts to what is now over 50 groups and Dylan had a significant impact on many of the organisations and the individuals.

Locally, he supported people across all the environmental movement to reach their personal and collective goals and was a keen advocate of looking at complex large scale problems and breaking them down into manageable tasks. His ability to use academic knowledge and research to tackle environmental problems in a practical way was second to none. Whilst he as always keen to battle the status quo, wherever it may be, he was always happiest in the river pulling out fish barriers or inspiring the next generation.  He influenced and changed the lives of countless individuals and the breadth and depth of feeling is testament to his boundless energy and support. After taking the Westcountry Rivers Trust to new heights he moved to South West Water to further the role of partnership working and catchment management and enact the change he always knew was possible. This meant encouraging people to go the extra mile and take a leap of faith that our collective efforts would be rewarded, which they always where.

I was fortunate enough to meet Dylan at Bristol University back in 1998 and, together with some of the strongest friendships I have to this day, we would put the worlds to right albeit during drunken games of spoof. Little did I realise then how much time I would spend with Dylan and his family, but after my wife secured a job at the Trust and I seemingly drifted into the organisation in 2003 our lives have never been apart. Thirteen years later and I can honestly say that my time with Dylan both on the beach with our families, during our time tag-teaming conferences, both before and after he joined South West Water, and on countless crazy trips around the UK, EU and world has formed some of my fondest memories.

Dylan loved life and he loved living it. He was the gas to everyone else’s brakes and he would see positivity and optimism in every situation, which when twinned with a stoic calm, was a potent combination. We always said that we wanted to change the world and that once we were done we wouldn’t be needed anymore. Even in the short time he had he shone brightly enough to show what the environmental movement could become and it is beholden on us to carry forwards this light. He truly was the best of us and I will miss my colleague but most of all my friend.