Back at the bottom for region’s water company

FOR almost 30 years, people at our charity have woken up, dressed, eaten breakfast and headed off to work to restore and protect our region’s rivers.

For several of those years, there were few voices standing up for freshwater habitats, but we are now fortunate to see river health, and its importance to our lives, gaining traction with individuals, communities, other non-profit organisations, local authorities, government bodies and more.

Yet it seems to be passing those who own and lead our region’s water company, South West Water (SWW), by.

One example from the findings shows that in 2021, across the water companies sewer length of 17,440km, there were 151 sewerage pollution incidents, with 87 per 10,000km of sewer against the sector average of 32. 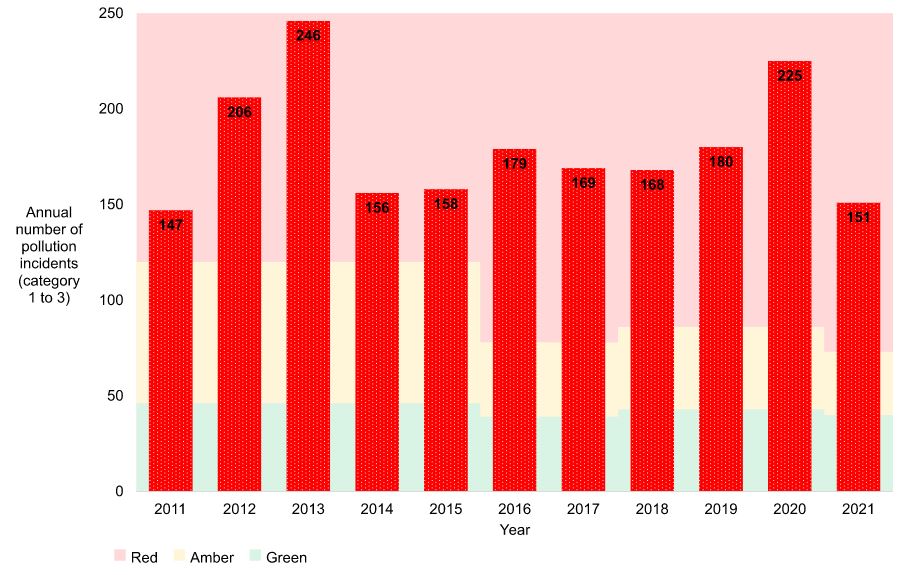 These results follow the news that Ofwat has opened a new enforcement case against SWW, forming part of the water sector regulator’s ongoing investigation into how all wastewater companies manage their wastewater treatment works.

For our charity staff, given how some of our projects are funded by SWW and devised to protect the health of freshwater environments in various ways, this news is depressing.

Having failed to achieve a rating higher than two stars since 2011 when the EPA began and having received the lowest rating of one star three times during that period, it is common knowledge that the water company’s overall performance has not been good enough for some time.

As the EA is now calling for jail terms for CEOs and Board members at companies responsible for the most serious incidents and company directors to be struck off so they cannot move on in their careers after illegal environmental damage, we wonder if this pressure might encourage a significant difference in delivering better for the health of our rivers and us.

But all is not well across the board however, as the EA, Ofwat, and DEFRA are being investigated by the new Office for Environmental Protection for potentially failing to regulate sewage releases from Combined Sewer Overflows.

It’s clear our water industry and its regulation need an urgent overhaul.

Under such challenging circumstances, one of the most beneficial ways our charity can influence positive change is through the continued collection of evidence. This includes our dedicated Westcountry CSI citizen scientists who regularly survey and test their local rivers, streams and estuaries, and whose findings are fed into research and data for organisations such as the EA and our national body, The Rivers Trust.

We are angry that our region’s water company is failing and our regulators are struggling; yet our charity’s ethos is one of engaging and encouraging rather than shouting and alienating those who are not getting it right for our rivers as a constructive way to push for positive change.

But, as the voice of the Westcountry’s rivers, we understand that for some the idea of us working with the water company that is doing an appalling job of improving our sewage and wastewater systems is hard to swallow. We feel that way too at times like these.

Yet we believe by forging ahead and building working relationships with SWW, including through our Director of Evidence and Impact’s secondment to the water company for six months this year to help with its water resource planning, research, and investment, we have a direct way of influencing future outcomes.

Our CEO Dr Laurence Couldrick said: “Working transparently and collectively, gathering evidence, seeking sustainable solutions, bolstering river restoration projects, and continuing to grow the number of eyes and ears on our rivers is vital to bringing rivers to life.”

And with continued pressure from all, surely there is now only one way to go for our region’s water company – up?

Overall, in 2021, the performance of the water companies fell to the lowest level seen under the Environmental Performance Assessment (EPA) since it began in 2011.

The rating system goes from the lowest one star to a four star for performance on environmental commitments such as pollution incidents and treatment work compliance.