A Fishy Tail from the Classroom 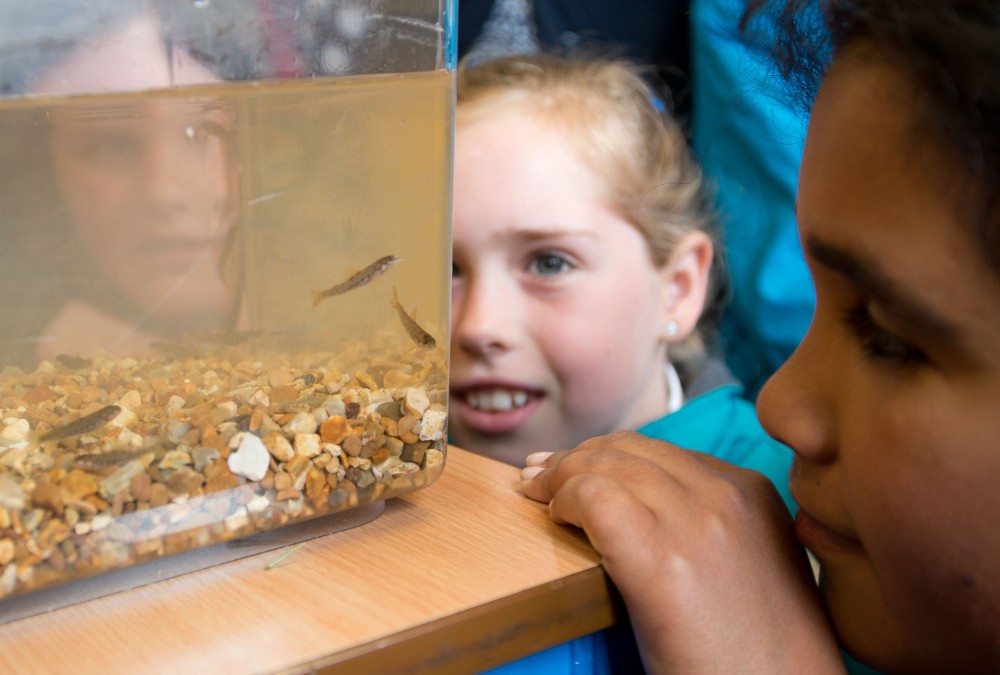 Back in May, pupils at Culmstock Primary School in Devon welcomed some unusually fishy companions to their classroom and did their bit to help conserve one of the South West’s most iconic species of fish, the Atlantic salmon. The pupils took delivery of more than 100 tiny salmon fry as part of a project called ‘Salmon in the Classroom’. The event was one of many taking place all over the world as part of World Fish Migration Day, which took place on Saturday 24th May.

The fry had been reared in a local hatchery, where fertilised eggs are hatched into alevins and cared for as they develop into fry. A group of children from the school then released the fry back into their local river, the Culm. The released fry will help boost the wild salmon population in the river, as part of conservation efforts to prevent further decline of Atlantic salmon populations in the UK. 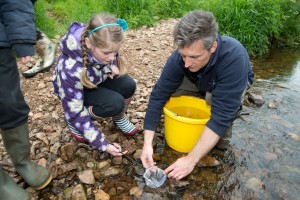 The salmon fry were released into the river.

John Hickey, Senior Catchment Officer on the Axe and Exe, said, “While visiting the release site, the children also had some close encounters with the bugs and beasties that live in the river. A sample was taken to identify which aquatic invertebrates were living in the river water. The assemblage of invertebrates found gives an indication of water quality, as some species can only survive if pollution levels are low. There were some unusual species in the sample taken on the Culm, including stoneflies. These species indicate that water quality in the river is good.”

Salmon in the Classroom is part of the Axe and Exe River Improvement Project, funded by the Environment Agency’s Catchment Restoration Fund. WRT is the lead partner in this project and has been working with farmers and landowners, businesses and local interest groups to carry out restoration work in the River Axe and River Exe catchments over the past three years.

Good water quality means a healthy river ecosystem and salmon require a healthy river ecosystem in which to spawn and lay their eggs. The pupils of Culmstock Primary School are hopeful that the fry they have reared and released will one day make it back to the Culm to breed, ensuring that our most iconic species of fish, the Atlantic salmon, has a future in the rivers of the Westcountry.

Listen to John Hickey talking more about Salmon in the Classroom in this audio slideshow: