Will UK act to save salmon? 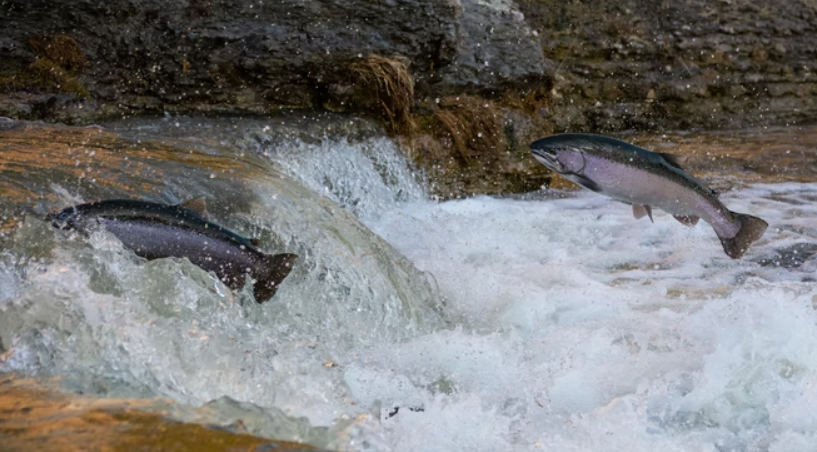 Following on from the news about salmon numbers, our CEO Dr Laurence Couldrick shared a short thread on our Twitter account (reproduced below) about why we should care and asks what can be done.

Salmon populations are in decline across the majority of the UK and they are likely to go extinct across many of our rivers without large scale multi-faceted action.

People may see them as elite game fishing for the landed gentry, but they are so much more than that, and, as a species are part of our cultural heritage and were once part of a thriving industry on our rivers.

Sadly, today they are an increasingly rare sight on our rivers and the latest @EnvAgency report (see below) shows just how dire the state of the species is, with most salmon river populations ‘at risk’.

Salmon are a true indicator species and their decline is due to multiple, complex and often interacting pressures on every part of their lifecycle from spawning in our rivers to feeding in our seas.

Adult salmon return to the river where they were born but face immense obstacles to get there. This includes netting in the estuary, predation, unscreened abstractions and man-made barriers such as weirs and dams that are often unowned and now redundant.

The cumulative physiological impact multiple pressures have on migrating salmon mean very few that start the race get to the finish line. In the 1920s with thousands of fish starting the race, viable spawning numbers were possible, but there are just not enough runners now.

For the few fish that make it to the spawning grounds in the upper catchments, poor soil management in the catchment mean they are met by sediment laden gravels, low flows and high temperatures so their eggs suffocate due to a lack of oxygen.

Even if the eggs hatch, the fry and parr are impacted by a cocktail of pollutants coming from industry, mining, agriculture, sewage as well as urban run-off. All these pollutants have toxic impacts as well as depleting oxygen in the water.

When the smolts are ready to leave the river they migrate downstream running another series of challenges from increased predation, as we’ve channelised and denuded our rivers of any bankside cover, and those barriers adults faced on their way up are just as bad for smolts.

Finally, adults spend several winters out to sea moving along our coasts and can be caught as bi-catch as well as suffer from sea life often harboured in great numbers in salmon farms. This reduces numbers further before those that do survive return to run the next race.

So is it all doom and gloom and can anything be done? Yes, is the answer, but we need funding and the motivation to do it. Barriers can be removed and overcome. Pollution can be controlled, regulations enforced, industry held to account and stream habitat protected.

Our work at @WestcountryRT has been pushing for this over the years through projects like Water for Growth and we have seen Salmon numbers increase but this European funding has stopped so the big question is, will the UK do anything to replace it?

Go to gov.uk/government/publications/assessment-of-salmon-stocks-and-fisheries-in-england-and-wales-in-2021 for the full details.