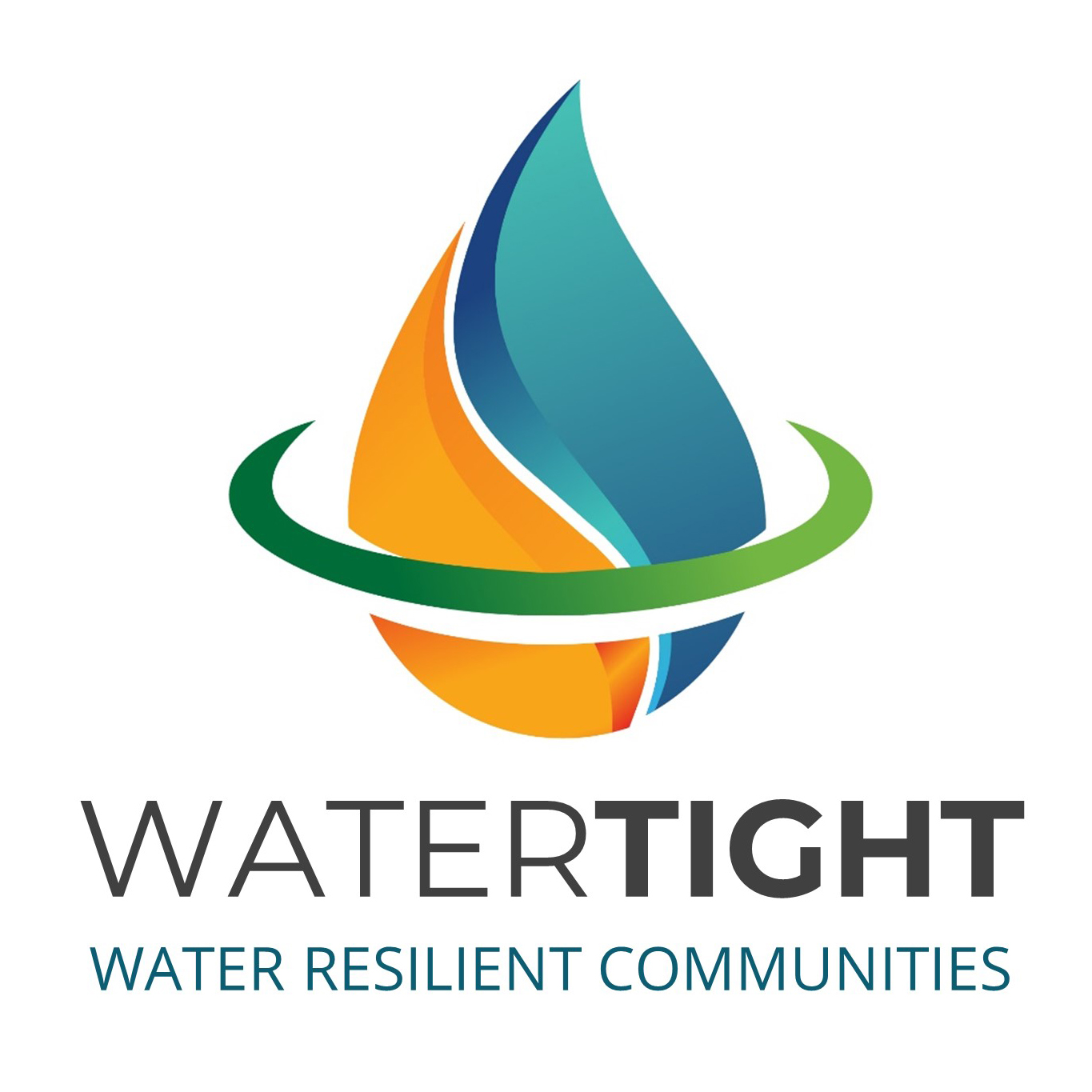 Getting it right for our water resource

You may not know this but the rivers and streams of the Westcountry play a big role in the life of everyone who lives and works across the region, in addition to providing homes and sustenance for a variety of wildlife.

Demand for water, along with other human-related issues such as pollution, can cause negative consequences on a river’s ecosystem. It also creates unnecessary expense when turning the water from them into clean drinking water.

In 2019, we held our first Water Resilient Summit. We also launched our Community Water Resilience & Adaptation Fund. The ambition for this Fund is to bolster our mobile Watertight Library and more, enabling us to take it out on the road to work with local communities across the region to build a shared understanding of how our  water environments provide us all with benefits, everyday.

By speaking with people about what the longevity of their local water environments might mean for them, their communities, businesses and nature over the next 10 to 20 years, we aim to find and/or deliver solutions to potential challenges such as drought and/or flooding.

Visit our Community Water Resilience page to find out how you can get involved and support the Fund.

Join us at watertight.community/ to to discover all our latest Watertight news.

Find out about the WATERTIGHT Challenge too – we dare you to see if you can reduce the amount of water you use each day, week-by-week and month-by-month.

Watch our Head of Evidence and Engagement Nick as he records his attempt at doing so – can you do better?

The ultimate achievement is to qualify for our SUB-100 CLUB (using less than 100 litres per day).

Check useful guides and meet some of our Watertight Champions too.

We hope you find these useful – do let us know about anything you think would be handy to include. 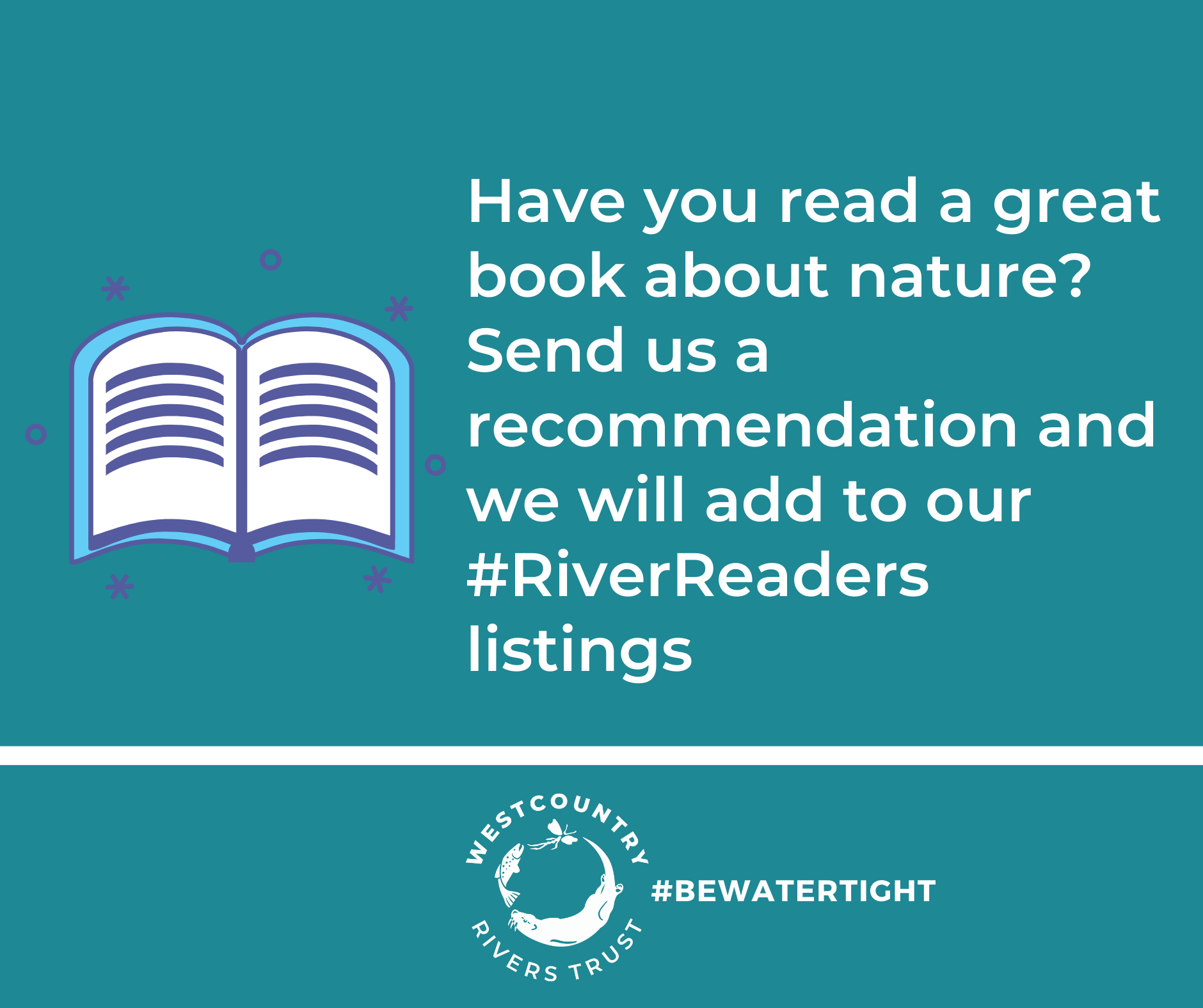 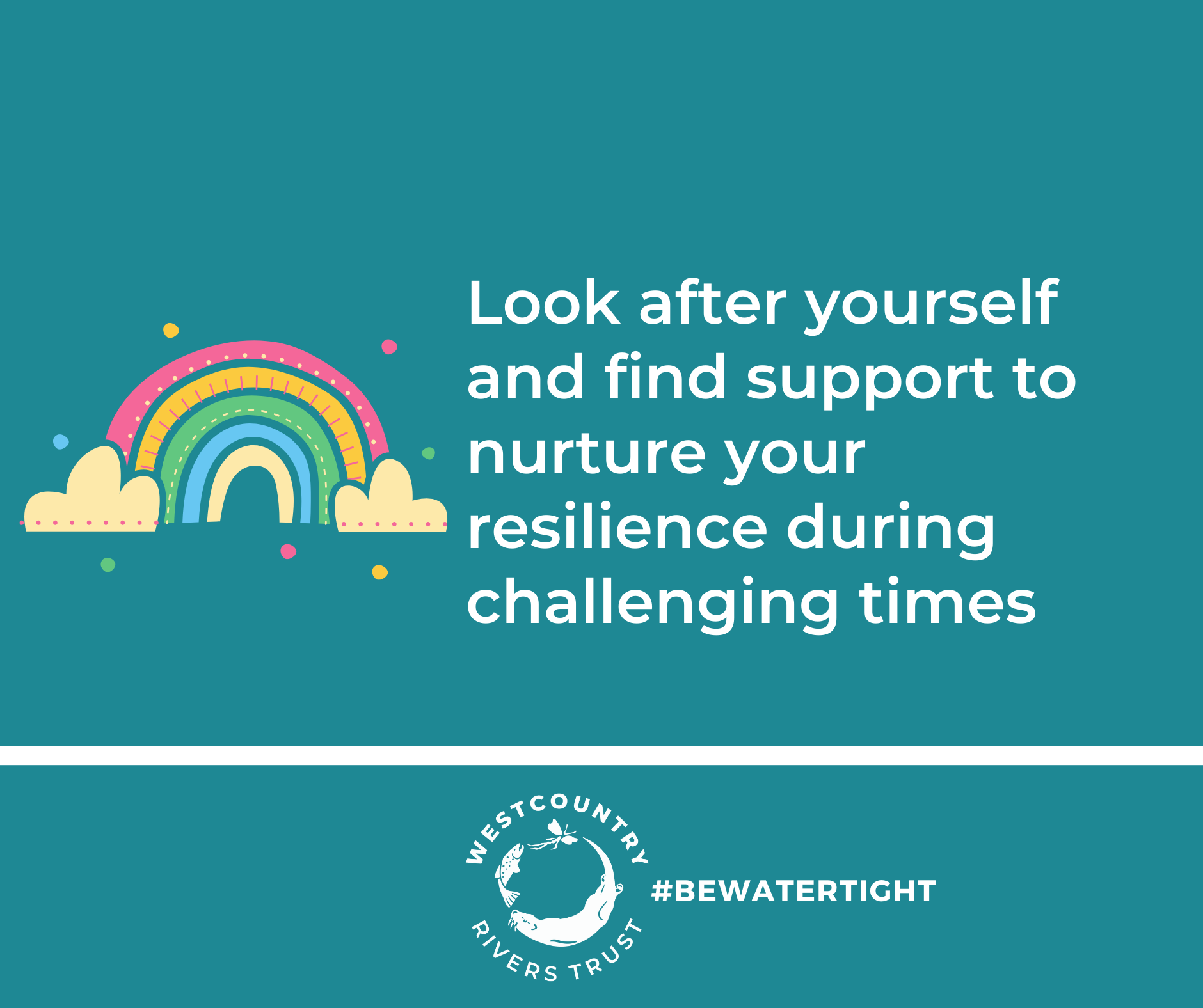 South West Water is asking people to take up its #5LitreChallenge as lockdown and recent sunny periods increase demand for tap water.

If each of their 1.8 million customers could try to reduce their tap water usage by 5 litres a day, it would save nearly 10 million litres and keep the network flowing this summer.

They have plenty of advice, gadgets and even a water butt competition to help you find ways to lessen the demand.

Visit southwestwater.co.uk/save-water/ to find out what you can do.

Check out the links for great water saving advice and ideas:

WaterWise – ideas to use while in COVID-19 lockdown.

If you have any great ideas to add to these tips, do let us know via [email protected] – thanks for helping to look after our water resource. 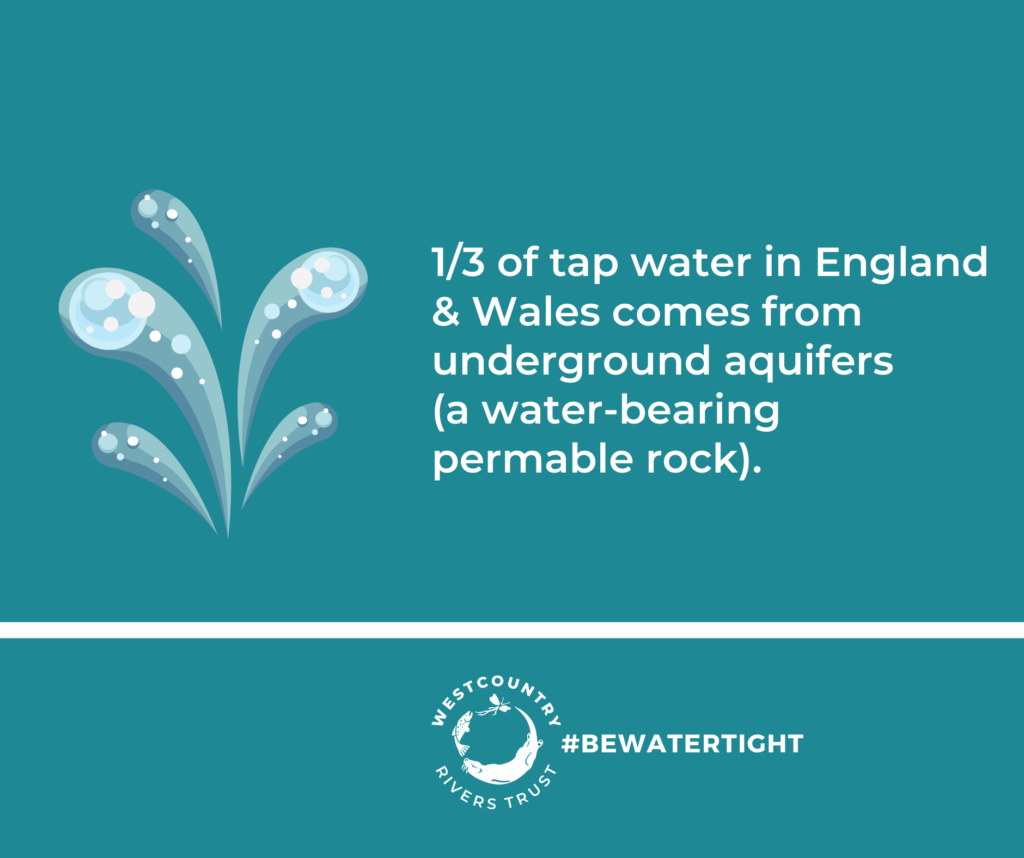 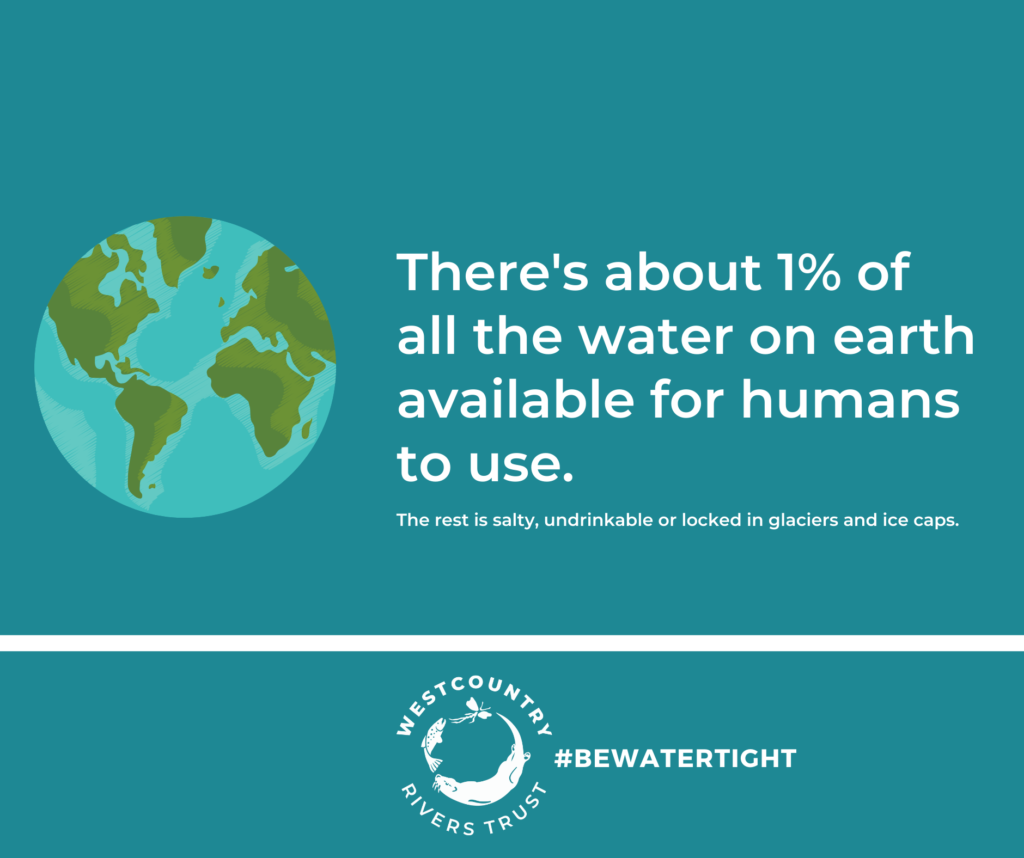 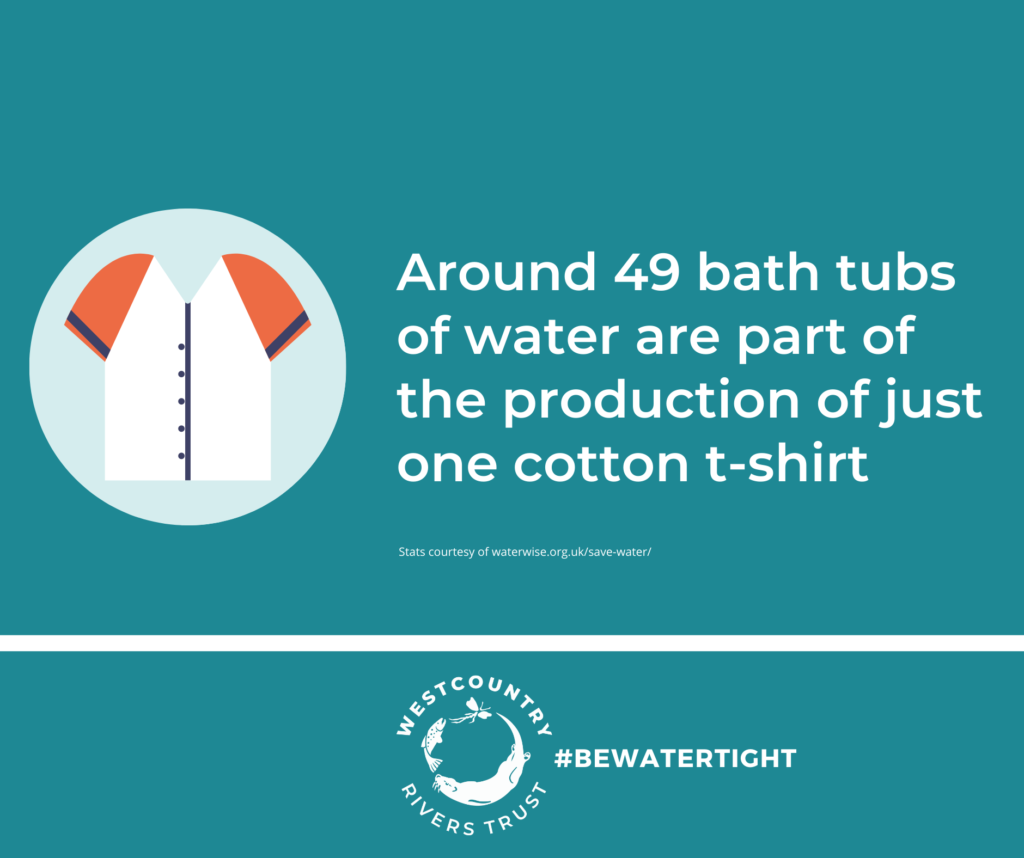 Looking for a nature book to read but can’t access your library.

You can download the Borrowbox app to borrow free ebooks and audio books using a library card.

“Reading Neil Ansell’s story about five years spent in virtual isolation in the Welsh countryside during our current lockdown really struck a chord. At any other time, the dream of being self sufficient in spendid isolation has always been appealing and many of us perhaps have a romanticised desire to live far from crowds. For me, Ansell’s book didn’t dampen this imagined idyll; in fact his passion for the natural world on the Welsh hills around him ignited my own preference for ‘me time’. Perhaps it is the beauty of the words on the page such as “the wild creatures that became my society” or the descriptions of unexpected wildlife finds like the grounded wintering woodcock whose eye was “…a perfect globe” with the entire valley in minature reflected back in it. But now, given we are having to limit our interactions with family, friends and work colleagues, it is food for thought – how many of us would really thrive without the oft overlooked daily support of human contact? Ansell’s shares his take on how living alone shaped him in a short film – click the link above to find out more.

Wilding – The Return of Nature to a British Farm

There must be very few people working in farming, or in the environmental sector who haven’t heard of the Knepp Estate. The book ‘Wilding – The Return of Nature to a British Farm’ is the story of how the Knepp experiment came about and the changes observed along the way, told by co-owner of the farm Isabella Tree. Depending on your perspective, the title either makes you feel excited or makes your blood boil. I had some pre-conceptions myself and thought I should deal with them by reading the book.

Coming not from a farming background but having spent nearly 20 years visiting hundreds of farms and talking to as many farmers, I don’t have a clear-cut view of farms being either really good or really bad, and I’ve seen all types of farms, some brimming with wildlife and others depleted monocultures (in the centre of the field at least).

‘Wilding’ was much more academic than I had expected, with references to other re-wilding experiments, and whole chapters focussing on one species. About a quarter of the way through, I was feeling rather judgemental about Burrell and Tree throwing away the opportunity to grow all that food, but a bit further on I was warming to the idea of the experiment – it did sound as if they had been fighting nature in every way, using agrochemicals to grow cereals on marginal land. I found it exciting and heart-warming to read about how quickly species returned, and how there were many surprises throughout. One of the most interesting observations was when Tree questions the myth that mature woodland is the habitat of choice for many of our birds and animals. She observes instead that given the choice many of these species appear to choose scrub and the ever changing ‘edge’ habitats.

Having worked with farmers for a long time and having really learnt to appreciate how hard it is to produce good food sustainably, the nagging parrot on my shoulder kept asking “What about the food? What about the food?”. But in writing Wilding, Tree isn’t trying to persuade all farms to follow their example, she simply describes the process and the outcomes, and it makes for fascinating reading. There are big decisions to be made about how and where we produce our food, and this book will no doubt become a reference for the debate.

Here you will find links to external sites sharing people’s stories about their eco anxiety experiences, and what has helped them.

We hope you find this helpful – do let us know if you find a great resource offering support for eco anxiety.

A-Z of climate anxiety: how to avoid meltdown

You can also try to channel your eco anxiety by joining groups, signing pledges, fundraising and more.

For example, writing a review of a nature-related book that has inspired you for #BeWatertight could help inspire others, or by taking measures in your home to support our water resources such as installing a rain butt will play a part in helping our planet.

Be kind to yourself first and let being kind to nature follow.

Find out how you can get involved with us via wrt.org.uk/get-involved/

Please note: The links shared below are from external sources and have been created without input from WRT.

Friends of the Earth – how to cope with eco anxiety

The Water Resilient Summit has been made possible via our PROWATER project, from which our Be Watertight Library has been devised.