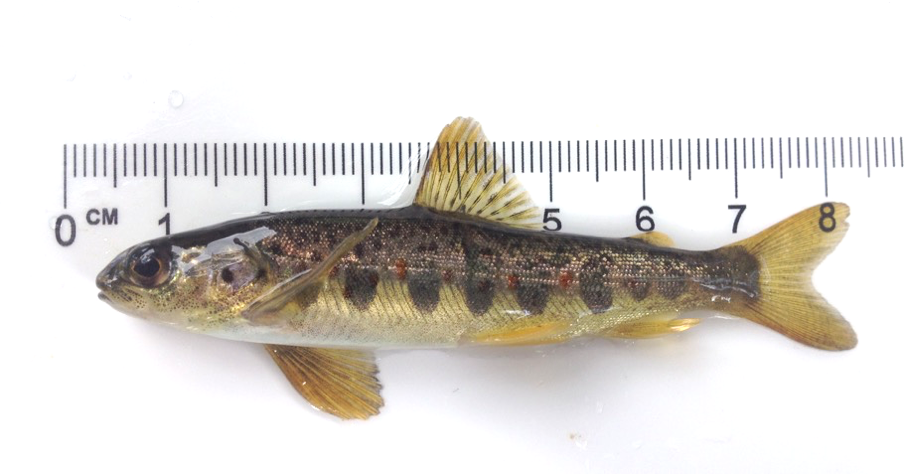 Thanks to John Frazer from Tamar Valley Vibe for writing the article below and sharing in the April publication.

Far upstream from the most populated parts of the Tamar, vital conservation work is underway with implications and influencing factors extending far beyond the Devon and Cornwall borders.

Three tributaries of the River Tamar in Devon are about to be improved thanks to a new partnership project supported by the Environment Agency.

Working alongside the Westcountry Rivers Trust and local angling associations, Environment Agency officers are helping to boost fish numbers on the Rivers Deer, Claw and Carey through a targeted programme of habitat and ecological improvement.

The project is part-funded with £38,000 from the Environment Agency’s Fisheries Improvement Programme (FIP) which reinvests rod licence money into projects to benefit anglers and fish stocks. The FIP money has been matched by partners including local fishing associations.

Bruce Stockley at Westcountry Rivers Trust said: “Numbers of salmon and trout have dropped significantly in the Tamar over recent years. By working in partnership with farmers and landowners we can make it a place where fish can thrive again.”

Rob Price, Catchment Coordinator for the Environment Agency said, “This work is part of an integrated approach addressing a range of environmental pressures facing the Upper Tamar water bodies. We are working closely with our catchment and Defra partners.”

The River Tamar is regarded as an important indicator for the health of salmon stocks across England. What’s happening here, paints a picture for the entire country and there are concerns fish numbers are falling.

However, it’s important to realise the Upper Tamar environment forms only part of an individual salmon’s life.

Salmon hatch from eggs laid in gravel beds and spend their first year feeding and growing before embarking on an extraordinary migratory journey across the Atlantic. Two to three years later, surviving salmon return to the river of their birth to spawn the next generation of fish.

It’s thought there may be a number of factors, across all the marine environments featuring in the salmon life cycle, contributing to the decline in numbers.

Such a huge geographical area and widespread international range presents too many challenges for one organisation or nation to address.

However, that does not mean the situation is beyond remedy.

Rob Price explains, “When it comes to the migratory journey, there are many things beyond our control. However, what we can do is ensure access and fish habitat conditions are right for when the salmon return home”.

One of the biggest threats to maintaining these conditions is excessive sediment entering and building up in the water and this has become increasingly problematic in recent decades.

Gravel spawning beds can be cleaned by high pressure washing to remove silt and break up stones that have stuck together on the river bed, physically removing sediment or even by laying fresh locally sourced stone on top of existing beds.

It’s not as easy as it may sound. A lot of scientific research and analysis goes into determining sites where intervention is most likely to succeed and careful planning ensures operations remain sustainable and as least impactive as possible.

The outcome is assessed by a range of criteria including numbers of fish present. Salmon populations are ascertained through various information sources, including angling returns, and a formal survey of fish numbers in compartment stretches of the river.

Though concerns about fish numbers presently exist, Rob remains optimistic. He said: “We may not know all that is happening further afield in the ocean but we do know this work can make a real difference.”

Here’s to the combined efforts of all involved and here’s hoping for a triumphant return of the King of Fish to its Tamar Valley realm.

Stay up to date and find out more about this fascinating work by following @WestcountryRT) , @EnvAgencySW or @TamarValleyVibe on Twitter.