Death by a thousand cuts…some cuts are deeper than others, but they all have an impact. 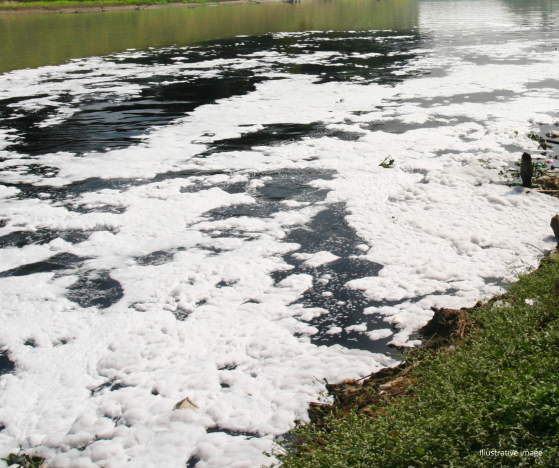 As news of a leaked internal report to Environment Agency staff apparently advised them to “shut down” and ignore reports of low-impact pollution events due to a lack of money to investigate them, our CEO Dr Laurence Couldrick speaks out.

“I have often spoken about the problem of acute single large pollution events, which often get media attention, and, if there is an associated fish kill, means it is easy for the regulator to demonstrate a clear impact and trace it back to a single organisation.

This can lead to either a prosecution, where the polluter is deemed negligent, or an Enforcement Undertaking, where the incident was deemed an accident.

Neither of these systems are perfect as they don’t necessarily deter the polluter, due to the size of fines – see my comment on the River Mole incident in 2021 – or the level of direct mitigatory action is either non-existent (in the case of fines), or limited by the ability of organisation to pay. However, no matter how flawed these systems are, there is a process for picking up these more severe category 1 (major) and 2 (significant) events – as defined by the Environment Agency.

The trouble comes with the fact that these wounds, while deep, often pail into insignificance when you look at myriad diffuse, multiple, smaller pollution events happening across our catchments.

Many of these come from farming; whether it be from poorly managed slurries and manures or soil running off compacted fields, but they also come from sewage infrastructure like pumping stations, septic tanks and other industries.

These smaller, category 3 and 4 incidents do no not usually lead to overt fish kills and demonstrating impact and identifying the polluting individual is a lot harder, but for every category 1 or 2 event, there are thousands of these lower level events. This chronic pollution often means there are no fish to kill, so ironically it makes it less likely for the more severe events to be picked up.

The Environment Agency has suffered significant financial cuts of their own over the past 10 years, but enough is enough.

There has been a lot of press coverage of their decision to prioritise the more significant categories of pollution over the category 3 and 4 events, which is entirely understandable. The larger the event, the easier it is to find, to evidence and to lead to either prosecution or mitigatory action.

However, despite historic cuts to their budget the regulator still employs thousands of members of staff, so what is needed is the political will to direct either additional budget and/or current budget to managing diffuse sources of pollution.

Without this our rivers will never achieve the standards we aspire to, but more importantly, the cost of delivering this intervention will be dwarfed by the benefit of cleaner drinking water, which we are currently trying to incentivise change in the absence of sufficient enforcement, as well as reduced flood risk for the villages, towns and cities we live in.

You only need to go out at this time of year and see how ‘muddy floods’ coming from poorly managed compacted fields are driving significant property and infrastructure flood damage alongside the inevitable damage to our river habitats and species.

This cannot go on. During 2021, it was clear that society had woken up to the crisis our rivers are suffering and that allowing the status quo to continue benefits no-one, polluters included, and is not acceptable.

It is time for the Government to step up and address the issue. It needs to support the regulator to help potentially polluting organisations understand how they can change, signpost funding and guidance to enact that change and levee fines and Enforcement Undertakings to ensure change. Without it, nothing will change.”

Read Defra’s response to the news via deframedia.blog.gov.uk/2022/01/11/how-the-environment-agency-responds-to-pollution-incidents/