Water for Growth: Barriers to Migration 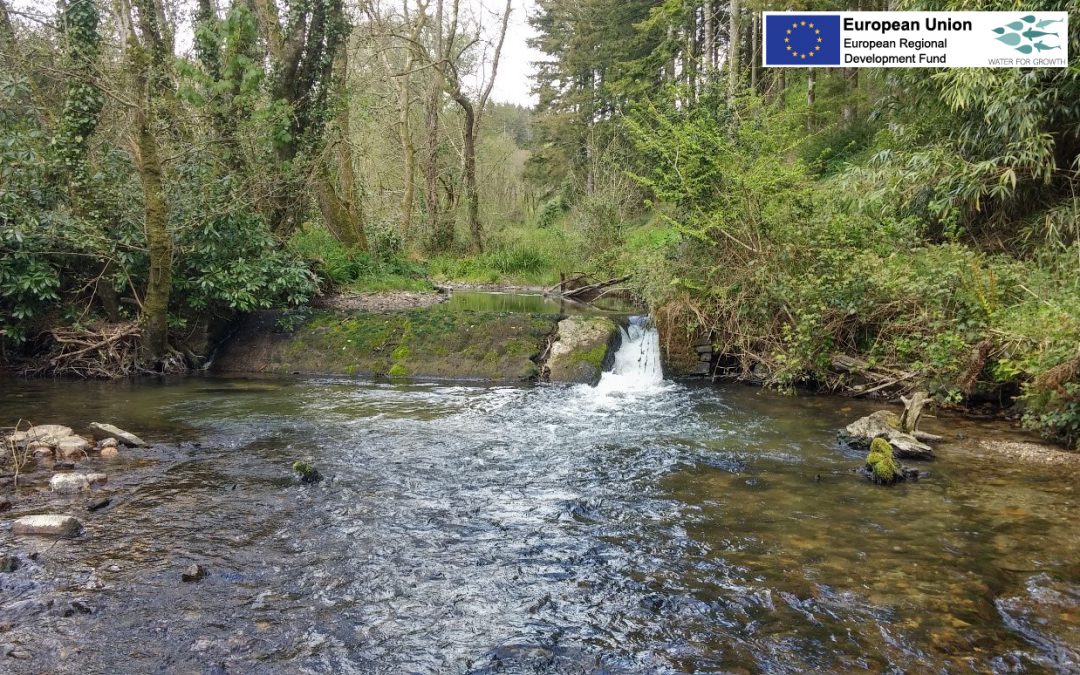 Rivers across the world have long been exploited for powering industry, from 19th and 20th century mills to more modern hydroelectric generation. Weirs were built to impound an artificial and consistent head of water, allowing abstracted flows to feed the water wheels and turbines. With a historic abundance of fish running up and down these rivers, the barriers to migration that the weirs created had little noticeable impact on their survival. With the increased pressures we now see from the complex marine life stage, climate change, poor water quality and increasing dynamics of spate, the fish stocks have suffered, any and all efforts to allow free passage for migratory fish must be sought. Cornwall is no exception and the rivers Camel and Fowey have several structures that have been assessed as having poor passability, both upstream for adult salmon and sea trout and downstream for the smolting salmonids that are making their way out to sea.

Sadly, history can leave a legacy that prevents an easy removal of such structures, whether they serve an industrial function or not. The very fact that weirs are privately owned requires the landowner’s permission for even the most minor work, as such each structure requires coordination and appeasement with its various stakeholders. Where some may be open to complete removal, there may be an angling club that has reservations about the work due to possible loss of a productive fishing pool, or an abandoned weir may be owned in two separate halves, with one owner objecting to any alteration while their neighbour is comfortable with the work suggested.

Each weir we have completed or are looking to work on, requires the same levels of diligence and stakeholder communication before a solution can be found. With some owners appreciating their responsibility to the environment and others appreciating the look, sound and atmosphere of the tumbling water that may have influenced their decision to buy the property. Even the government bodies like the Environment Agency, who we are partnering with on our Water 4 Growth project, have few legislative powers to circumvent this situation.

Removal is not our only option to increase the porosity (how easy it is for fish to pass the structure). Partial removal is often more feasible and can make a huge difference as can bypass channels and technical fish passes that can be employed to provide a consistent channel that allows up and downstream passage in the typical range of flows. These options come in a range of designs, bespoke to the individual characteristics of the structure, head height and range of flows the river may house. Consideration for where the fish are likely to be moving through the system, attraction flow (how the fish sense the best place to negotiate a barrier) and how any augmentation may affect any licensed abstraction are just a few of the factors that lead design. 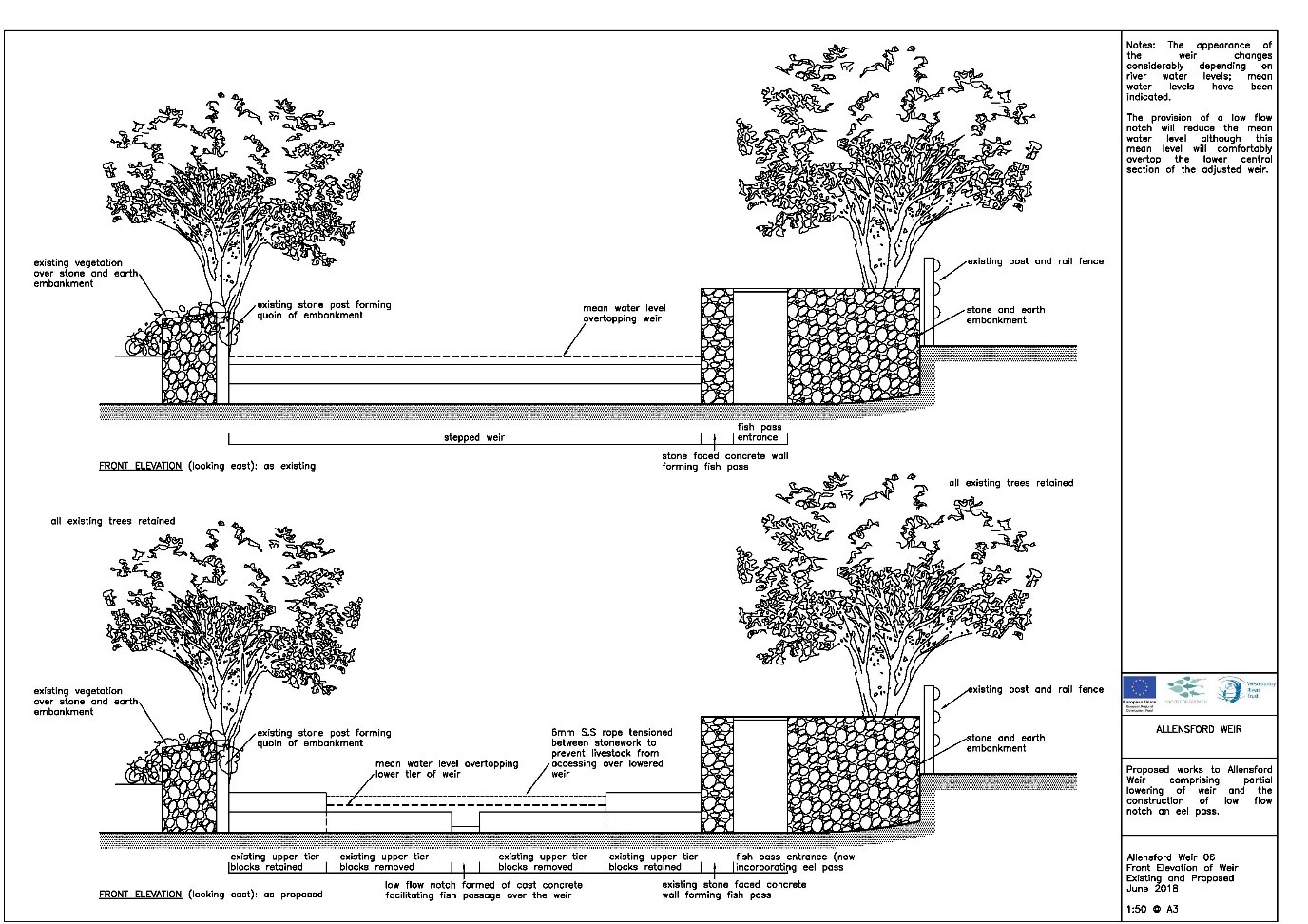 The complexity of each situation means that each identified structure has a lengthy lead time before improvement works can get underway.

Kenningstock blockage, before (left) and after

So far, the majority of our completed easements have been on the Camel catchment; Initially we found some redundant farm infrastructure that, though not a weir, was obstructing the river and with permission was totally removed, restoring complete passage to that section of the river. Then a weir in the centre of Camelford town was assessed and though removal was impossible due to its placement upstream of a major bridge and drainage infrastructure running through the weir itself, permissions were eventually gained to install a baffle easement on the weir face to improve passibility in a range of flows.

The Fowey has not been neglected by us. Palmers bridge, that forms the A30 crossing near the top of the Fowey main river was clogged with gravel and had little depth of flow during low water. Removing several tonnes of gravel from the low flow channel that the bridge was designed with has reopened the pristine spawning grounds above.  This will now be monitored by Fowey Rivers Association.

At the time of writing we are deep in development of several other weirs on both catchments; work has begun to halve the height of the Allensford weir on the Camel vastly improving fish passage of a structure that was only served by a poor-performing fish pass. Bodmin Parkway Bridge also incorporates a weir structure that was assessed to be poor for downstream passage for adults, an important aspect on the Fowey with a high proportion of its fish stock comprising multi-spawning sea trout and though initially contentious with local stakeholders, it’s place at the bottom of the catchment made this an essential body of work and is moving ahead well.

There are a number of other weirs on the Fowey that are a little earlier in development but combined with work the Environment Agency are doing to improve their gauging stations and Lemail Mill Weir on the Allen, we hope to have improved 12 structures across both catchments by the end of Water for Growth. 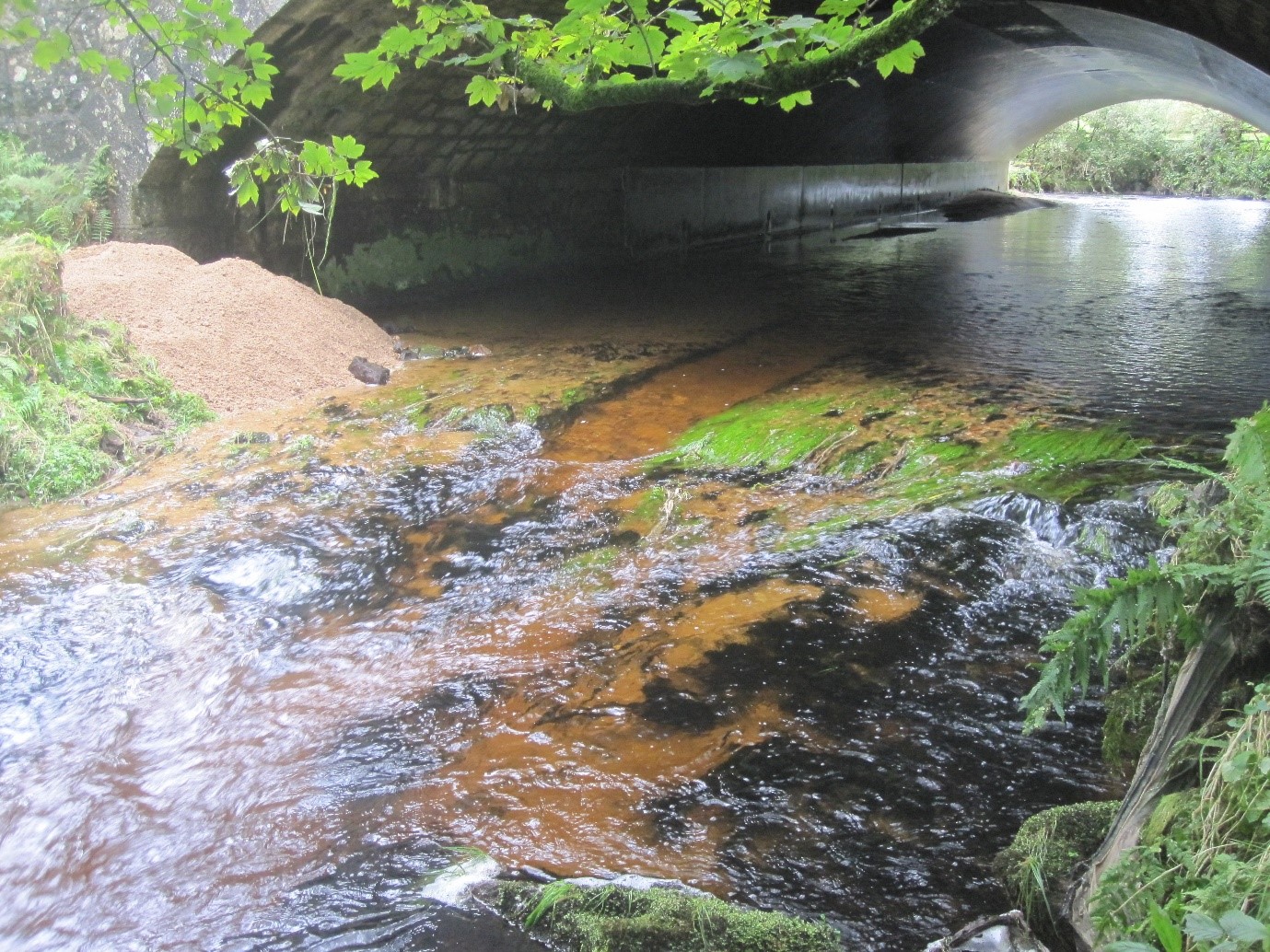 Palmers bridge with the low pass channel visible in the centre, and the estimated six tonnes of gravel removed (left) 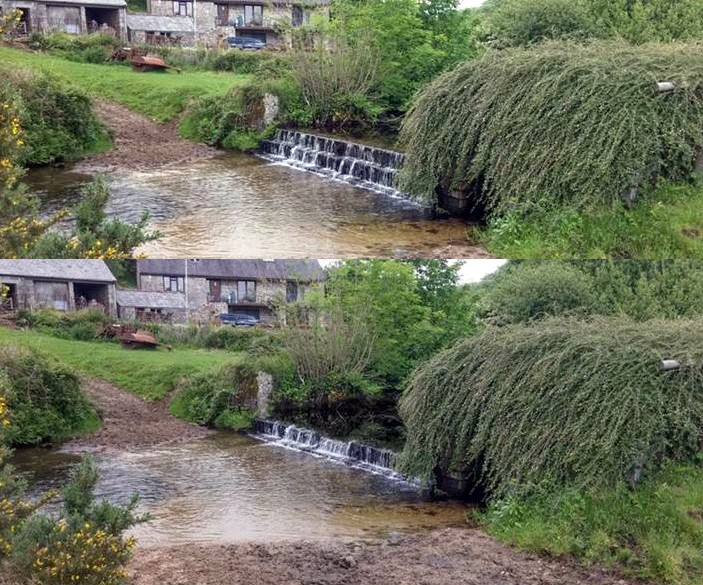