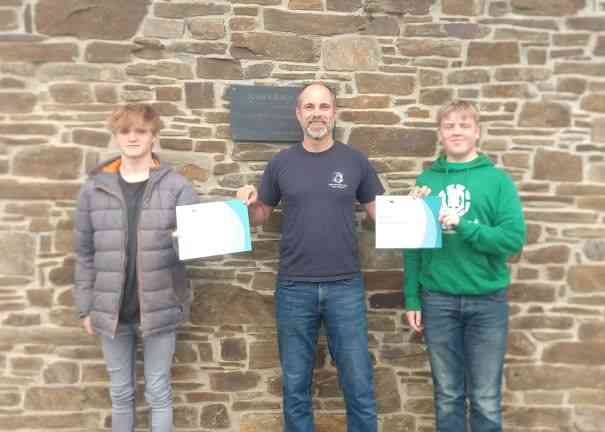 TWO Duke of Edinburgh Awards students have cleared plastic and litter from rivers in Cornwall.

Jarvis L’Arbalestier, 14, of Stoke Climsland joined us to volunteer in litter picks as part of our Preventing Plastic Pollution project in the Tamar catchment.

“This included along the River Kensey in Launceston where they not only cleared the riverbanks of rubbish but also gathered scientific data on the types and quantities of plastic and other litter being collected and disposed of.”

He said: “I noticed too much litter is thrown from vehicles, with drinks cans and food packaging a big problem.

“Once you look, it’s easy to see how this debris gets carried from the roads into the streams and rivers and ultimately into the sea.”

To honour the effort made by the teenagers, Laurence presented them with a certificate of recognition, adding: “It’s great to see young people actively engaged with protecting their environment.”