Under-sowing maize trial gets under way 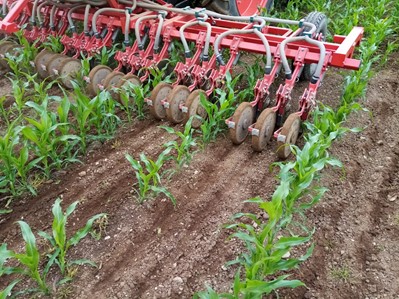 Farmers in catchments across Cornwall are taking part in our under-sowing trial this Autumn.

This follows soil assessments in the Allen catchment, conducted as a part of our Devon and Cornwall Soils Alliance project, which identified compaction and run-off from the management of high-risk crops such as maize as potential problems.

We’ve spoken with farmers regarding the location, maize variety choice and timing of maize planting, with further impartial advice provided from the Maize Growers Association.

Under-sowing the maize crop can help avoid bare soils being exposed over winter after the maize is harvested.

Post-harvest is usually a critical time for soil management as there can be a limited window, or no window at all, to establish the following crop, as the soil can become unworkable after continued rainfall.

Conventional options are to rough cultivate the maize stubble to break up flow pathways or establish a following crop or cover crop, which needs to provide good ground cover over the winter.

An issue with establishing the following crop is often the state and workability of the soils. They become compromised due to the increasing wet weather, and the time for crops to become established is reduced.

An alternative approach which has been trialed in other parts of the country, including at the Wye and Usk Foundation is to under-sow maize using a specialist interrow drill.

What is unusual is that the drill is used when the maize is already established at the 4-5 leaf stage, often when the plant is around 25 -30cm tall. 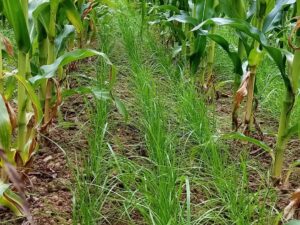 The seeds (usually rye grass) drilled between the rows can become established underneath the maize so that when the maize is harvested, the following crop is already established and no additional cultivations are required within the field.  Trials with this method have indicated a good establishment and percentage coverage of rye grass, when compared to a broadcast seed drill. 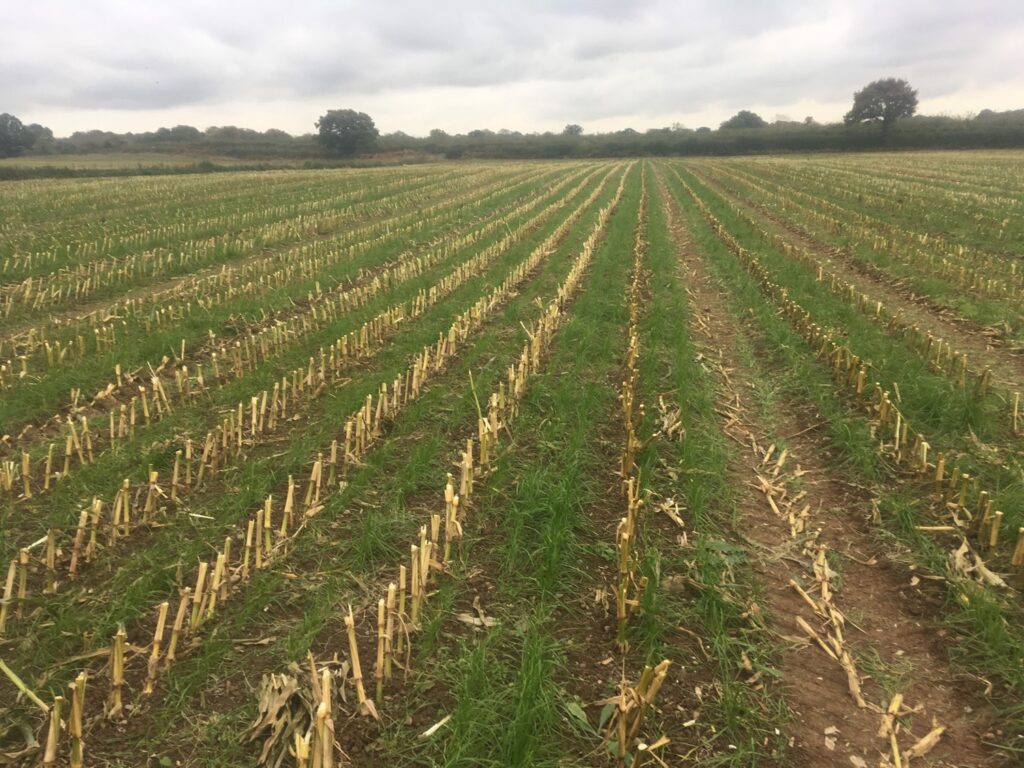 Under-sowing therefore provides an interesting approach to improve the management of soils post-harvest and ensures that there is continued crop cover on fields which helps to absorb nutrients and stabilise soils.

The timing of the interrow drilling is key and the window for this can be short when the crop is growing quickly and there is a risk of rain and wet conditions. As under-sowing requires a specialist drill it can also be costly when compared to the cost of drilling the main crop. The grass established post-harvest shall have a value however for grazing the following spring, which can help to offset the establishment costs.

Westcountry Rivers Trust through the Devon & Cornwall Soils Alliance is now trialing this approach with farmers in targeted catchments in Cornwall.

The success of the under-sowing will be reviewed by monitoring crop cover, assessing soil condition and run-off risk post-harvest and by interviewing farmers on how these options work with their current business and if it works for them.

Under-sowing does not mitigate the other major considerations that should be taken first such as suitability of the land, soil type, slope, proximity to water, soil condition, climate, variety choice and establishment date to name a few.

Also, establishing a cover crop does not exempt it from regulation and if the field is compacted during poor harvest conditions it is still likely to pose a risk, although the added grass should reduce this risk and provide additional benefits.

Headlands and well tracked areas post-harvest may also need to be sub-soiled to help remove the compaction. Under-sowing may however provide an additional useful option for post-harvest management and ensure that there is a near continuous crop cover during the Autumn and winter to reduce soil loss and absorb nutrient run-off.

Our Upstream Thinking 3 (UST3) team is also working with farmers in the River Fowey catchment to trial maize under-sowing.

This will benefit our UST3 farms by providing a cover crop over the winter months to assist with better soil retention, particularly in sloping fields. It will also provide a valuable additional forage crop for grazing or silage and support greater nutrient use efficiency.

The local rivers and catchment will benefit through reducing soil, sediment and nutrient losses from fields left, after harvesting, as bare soils over winter.

Reducing soil and nutrient losses to rivers helps reduce sediments blocking gravels on the riverbeds used by fish for breeding and reduces nutrient enrichment of watercourses which can cause eutrophication, algal blooms, and the reduction of available oxygen for fish, invertebrates, and aquatic plant species living in the rivers

Find out more about the Devon and Cornwall Soils Alliance which aims to build capacity and capability in soils advice across the two counties. As part of this Water Environment Grant (WEG) funded project, there are two demonstration SAC remediation areas; the Camel (Allen) and the Axe (Corry Brook) which showcase farmer and advisor-led techniques to remedy compacted soils.